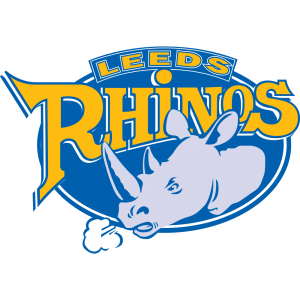 If the rise of Hull FC was as surprise in 2016 it had nothing on the alarming decline of Leeds Rhinos. Treble winners in 2015 the Rhinos had conquered all before them with a refreshingly open brand of rugby which many hoped would be the blueprint for dragging the game kicking and screaming back into the realms of a form of entertainment. Instead most other sides stuck to conservatism as they saw Brian McDermott’s side spend much of the season rooted to the bottom of the table, never threatening to even make the Super 8s in the worst defence of a title since Rocky’s first fight with Clubber Lang. They eventually crawled to a ninth placed finish before breezing through the Middle 8 Qualifiers with just a solitary loss to Huddersfield Giants.

The one factor everyone pointed towards when trying to explain the Rhinos free-fall was the loss of Kevin Sinfield and Jamie Peacock. Both had been instrumental in the triumphs of 2015 and those which preceded it in what to that point had been a glorious era for the Headingley side. Yet with Sinfield seeing out the final year of his career in rugby union and Peacock having retired to take over a management role with Hull KR the Rhinos visibly lacked leadership throughout the campaign. The loss of Danny McGuire for over half of the season through injury did not help either, while the signing of hooker Beau Falloon was among the least successful made by any Super League side.

Form picked up when James Segeyaro came in from Penrith to fill the void but even that was to come back and bite the Rhinos on the proverbial when, as is becoming the modern trend with NRL imports, Segeyaro walked away from his contract citing homesickness. The dispute rumbles on, although it seems clear that Segeyaro will not be back after Leeds recruited Matt Parcell from Manly on a three-year deal. It is to be hoped for their sake and for the good of the game in the UK that Leeds have better luck in holding on to him for the duration of his contract.

For a team which performed so miserably last term Leeds have done a surprisingly small amount of transfer business. Following Parcell into the club are only Sheffield Eagles half Cory Aston and Featherstone Rovers forward Jack Ormondroyd. Similarly, only Mitch Achurch follows Segeyaro out of the exit door having been released. Zak Hardaker could not back up his 2015 Man Of Steel form, stamping his feet so much at the prospect of a stint in the Middle 8s that he somehow managed to convince Penrith Panthers to offer him a short-term deal. It is telling that on his return to England McDermott has allowed the former England fullback to join Castleford Tigers on loan. His absence points to a very big season for Ash Golding although Liam Sutcliffe can deputise there also. Elsewhere in the backline injuries to Ryan Hall, Tom Briscoe and Joel Moon in particular were extremely damaging. If those key players can stay fit throughout 2017 then the Rhinos chances of success improve dramatically, especially if McGuire can also steer clear of injury. If not, responsibility will again fall on the promising trio of Sutcliffe, Aston and Jordan Lilley.

It’s up front where they appear to have the most problems with 2015 stalwarts Adam Cuthbertson, Brett Delaney, Carl Ablett and Jamie Jones-Buchanan all the wrong side of 30. Stevie Ward has shown great promise in a number of roles but is not yet the finished article, while Mitch Garbutt and Keith Galloway (also over 30) have yet to convince. Brett Ferres’ controversial move from Huddersfield at the start of 2016 promised much but he too has yet to produce the form which made him an England regular before his switch across West Yorkshire.

Style-wise Leeds’ class of 2016 did not deviate from their treble-winning philosophy. They just struggled to execute the plan quite so well. They led the league in offloads again, their 352 being 64 more than Warrington’s haul of 288. Unlike in 2015 it did not translate into points, with no side scoring fewer tries in Super League than the Rhinos. This was largely due to an error count of 323 which again was a league high (or low, depending on how you look at it). When you add that statistic to the reduction in defensive efficiency (only Wakefield, Hull KR and Saints missed more tackles and only four sides shipped in more points in the regular season) then you have everything you need for a fairly disastrous title defence.

Few will be tipping Leeds as hotly as they might have done a year ago. Yet despite their apparent flaws it will be a major surprise if there is not a significant improvement on last season’s shambolic effort. A place in the top four should be the aim.