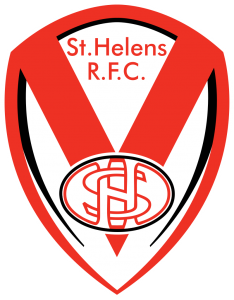 When Manchester City and Liverpool battled for the 2013-14 Premier League title Sky Sports pundit, Manchester United fan and occasional golden quote dispenser Gary Neville said it was like ‘having a choice of two blokes to nick your wife’. I don’t know about you, but this is pretty much how I felt watching the 2016 Super League Grand Final when Wigan Warriors snoozed their way past Warrington Wolves at Old Trafford.

It was as much as we deserved. The awful truth is that it was another season of underwhelming, so-so, mediocrity for Saints. On the face of it a fourth-place finish at the end of the Super 8s didn’t seem so bad. The semi-final defeat to Warrington was littered with the kind of refereeing decisions normally reserved for Olympic boxing which provided yet more mitigation for us to dishonestly hide behind. Now we could tell ourselves that we had just missed out, and that if Ben Thaler had done anything resembling his job at the Halliwell Jones Stadium then we would have been looking at an 11th Grand Final appearance. Yet look a little closer and you will uncover the story of what was actually as season of sleepy under-achievement.

For a fair portion of the season it looked as though Keiron Cunningham’s side might actually miss out on the playoffs for the first time in the summer era. A 33-16 reverse at Perpignan to Catalans Dragons in June was Saints’ fourth league defeat in a row and left them clinging on to the seemingly far-fetched idea not only that results would improve immeasurably but also that the Dragons would implode in the run-in. Both somehow transpired. An impressive run of 11 wins from their final 13 games of the season ensured a top four berth for Saints as Laurent Frayssinous’ side staggered and spluttered and finally face-planted at the finish.

Before all that there had been some truly awful moments. As early as Round two Saints served notice of just how wrong they could get it when they were blitzed 44-10 at Salford Red Devils, while the 48-20 Magic Weekend defeat to a previously comatose Huddersfield Giants at Newcastle was another spectacular lowlight. Yet neither of those could rival the home defeat by Hull FC in the fourth round of the Challenge Cup. On a beautiful sunny day in May Saints turned in a quite abject performance, managing to lose 47-16 to Lee Radford’s men. It meant Wembley dreams were shattered for another year, all of which added to the trauma brought on by the sheer ineptitude of the performance.

Among the meh-dom there were mitigating circumstances as well as moments to enjoy. Jonny Lomax’s try on his comeback in the home win over Leeds in March was a sight to behold, while a 23-4 success over Wigan at the DW Stadium towards the end of the regular season had us all dreaming despite the turmoil that had preceded it. And if the highlights were irregular then at least part of that could be put down to the loss through injury of an entire three-quarter line. Tommy Makinson suffered another season-ending injury early in the year while Mark Percival and Adam Swift seemed to break down with frustrating regularity also. Replacements Jack Owens, Matty Dawson and Matty Fleming were game but clearly not of the same quality, while newcomer Dominique Peyroux would have scooped any award handed out for most underwhelming recruitment idea. Though he may have been pushed hard for it by Lama Tasi. These factors allied to the presence of an otherwise strong, effective pack persuaded Cunningham that dull, percentage rugby was the only way to go. It worked to a point, but it wasn’t always an entertaining ride.

Steps have been taken to address the twin issues of firstly not being quite good enough and secondly of not being very nice to watch. It’s unlikely to help with the latter but to a chorus of boos and hisses Matty Smith returns from the dark side of Billinge Lump. It was a deal so predictably unpopular with the fans that the club spent most of the year flatly denying it and then were not even certain whether they should confirm the length of the contract once it was announced. Smith was never on Cunningham’s radar, yet here is ready to start leading Saints around the park while the injury-prone, tackle-dodging Luke Walsh pitches up in Perpignan. Smith is the very definition of a safe pair of hands, arguably perfect for Cunningham’s preferred brand of rugby league. All of which could lead to whacking great spoonfuls of ennui for us fans although the arrival of Adam Walker from Hull KR should provide more of an offload threat. Only the Dragons and Salford Red Devils offloaded the ball less often than Saints in 2016, a damning statistic for a club which has always styled itself as the league’s entertainers. The addition of Ryan Morgan to the backline should help. If Smith and Theo Fages can provide the service the former Melbourne Storm man has pedigree, with around about a one in three try-scoring ratio in six NRL seasons.

Joining Walker in the Saints pack will be his Scottish international colleague Luke Douglas. The former Gold Coast man played 117 times for the Titans, and that after racking up 146 appearances for Cronulla between 2006-11. At 30 he is a little older than is ideal but that is the economic reality of recruiting from the NRL in 2017. Only players nearing the end of their careers or whose behaviour has turned them into persona non grata in Australia or New Zealand seem open to the idea of a stint in Super League. Yet Douglas should be a solid enough performer and with Alex Walmsley and Kyle Amor already in the prop rotation and further options provided by Greg Richards and Luke Thompson Saints seem pretty strong up front. Tommy Lee has arrived from Salford to hopefully provide James Roby with some much needed rest as he enters his 14th season in Super League. On the other side of the ledger Andre Savelio has taken his ball all the way back to his home town Warrington, signing for the Wolves on a slightly odd one-year deal which we are led to believe does not involve a transfer fee despite Savelio having a year remaining on his Saints deal.

A significant amount of fringe players left the stadium formerly known as Langtree Park at the end of 2016, meaning there could be an opportunity for some of the younger players to build on the experience they have already gained. All of Jordan Turner, Travis Burns, Lewis Charnock, Shannon McDonnell and Olly Davies have followed Dawson, Vea, Tasi, Savelio and Walsh out of the club, so look for Jack Ashworth, Ricky Bailey, Jake Spedding and Calvin Wellington to chip in at various points of the season, while Morgan Knowles is surely on his way to ousting Jon Wilkin or Louie McCarthy-Scarsbrook out of the starting line-up on a more regular basis. For now both Wilkin and McCarthy-Scarsbrook offer experience and versatility (though please, no more LMS at centre, thanks Keiron) while with Vea elsewhere Joe Greenwood has to be a more regular starter also.

Despite the reservations expressed further up this page Saints have a squad to match any of those who are expected to be fighting for the pots come the end of the season. It’s not really about whether they compete because they seem almost certain to, but more about how they will go about it and whether the journey from February 9 at home to Leeds to the October Grand Final will be any fun. The other big question is whether the back-ups can produce the required quality on a consistent basis should the almost annual injury crisis take hold again. So no predictions, no tempting fate, just close your eyes and make a wish that whatever happens it will be a good deal more interesting than some of the drudgery we have seen in the first two years under Cunningham, for whom 2017 might yet be defining. Oh, and if it is at all possible we would rather not have to choose between those two blokes who keep trying to nick our wives……