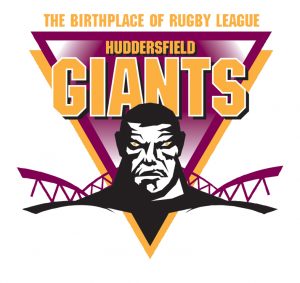 After reaching the Super League semi-finals in 2015 much was expected of Huddersfield Giants going into 2016. What transpired was a massive disappointment which, had it not been for the even greater meltdown suffered by treble-winning Leeds Rhinos, would have been the story making many of the headlines.

Not only did the Giants fail to make the final four, they couldn’t even manage a place in the Super 8s. Lurching from one poor result to another and finally costing head oach Paul Anderson his job the Giants were left to spend August and September in a desperate scrap for Super League survival in the Middle 8 Qualifiers. They negotiated those qualifiers safely as it turned out, though only a one-point victory over Hull KR (complete with hotly disputed and decisive drop-goal) spared Huddersfield an appearance in the Million Pound Game. Defeats to Salford and Leigh earlier in the Middle 8s had only served as further evidence of how far this Giants side had fallen in the space of one season. Expectations will be somewhat more modest going into 2017.

A run of just four wins from their first 18 Super League matches had done for Anderson by mid-June. At that point their last win had come a month earlier in a Magic Weekend clash with Saints at Newcastle, a time when beating Keiron Cunningham’s side was just a mildly diverting pastime for most Super League teams due to a combination of numbing, terrified tactics and a three-quarter line that had all the pace of a Sky Atlantic drama. Replacing Anderson, who less than three years previously had led the side to the League Leaders Shield, was former Newcastle Knights boss Rick Stone. The 49 year-old was unable to arrest the inevitable slide, winning just two of the last five games to end up at the bottom of the table at the end of the regular season.

The Giants’ recent policy of picking over the corpse of the liquidated Bradford Bulls does not inspire confidence. It’s difficult to imagine that men like former Saints Lee Gaskell and Paul Clough along with other ex-Bulls Dale Ferguson, Adam O’Brien and Alex Mellor are the right players to restore the Giants to Super League’s top table. Much will again depend on the brilliant but ageing Danny Brough at halfback alongside the not yet fully blossomed talent of Ryan Brierley now that Jamie Ellis has moved on to Hull KR. Out wide Jermaine McGillvary is the standout three-quarter though Leroy Cudjoe provides further international experience. Fullback Scott Grix had an injury hit campaign and has moved on to Wakefield along with the lively Kyle Wood and prop Craig Huby. Former Knight Jake Mamo fills the void left by Grix having made 29 appearances and scored 11 tries in the NRL, while Shannon Wakeman arrives from the not so heralded Illawarra Cutters to beef up the pack alongside the hitherto disappointing Sam Rapira as well as Ukuma Ta’ai and Daniel Smith. Eorl Crabtree has retired while utility man Joe Wardle continues the link between the Giants and Newcastle Knights by joining the NRL side on a 3-year deal.

If the Giants are to improve on last season’s dismal showing they will need to carry more threat in attack. Only Salford and Wakefield made fewer metres while nobody found it harder to make a clean break or even bust out of a tackle than Stone’s men in 2016. Nobody ran less from dummy half and only Saints, Salford and Catalans managed fewer offloads. When Giants fans plucked up the courage to peek through their fingers at the action on the field what they saw was not pretty.

Lower expectations may taken a bit of the pressure off what looks a significantly weaker Huddersfield squad than in recent years, but if they can make the Super 8s this time around it would have to be viewed as a success.