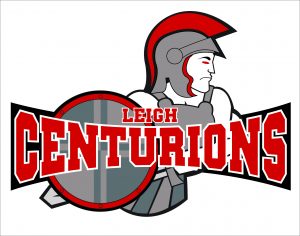 When the status quo was maintained after the first season of the Super 8s concept in 2015 there were those who were ready to shelve the idea. They claimed, not without some justification, that the disparity in the salary caps of the Super League and the Championship would ensure that no side from the lower division would prove strong enough to oust one of the top flight clubs. Taking note, the RFL took the decision to allow Championship sides to bridge the financial gap provided they were not spending more than 50% of their income. It took Leigh Centurions only one season to take full advantage, topping the Championship during the regular season before progressing through the Middle 8s with only a loss to Leeds Rhinos blotting the record. All of which left Hull KR and Salford to fight it out in that much maligned but unforgettable Million Pound Game, while the Centurions could start to plan for a first crack at the big time since 2005.

Those Middle 8 wins over Rovers, Salford and Huddersfield Giants serve as evidence that Leigh may be able to hold their own in Super League. Not many will be expecting a Super 8s berth but there will be plenty of confidence among their players, staff and support that they will be good enough to ensure that their stay lasts more than just a single season. In addition they have recruited well, with 11 players having joined the club since May 2016. Only five have left the club, which should mean a much stronger, deeper squad than that which gained promotion.

Three players have arrived from Catalans Dragons who, let’s not forget, were among the strongest teams in Super League before a late season meltdown saw them miss the semi-finals. Glenn Stewart has five appearances at both Origin and Test level behind him during an NRL career with South Sydney Rabbitohs and Manly Sea Eagles, while in 30 appearances for the Dragons he was one of their standout performers in the pack, particularly in defence. He was the only Dragon to top 1,000 tackles in 2016 which placed him fourth overall behind Man Of Steel Danny Houghton, Sam Powell of Wigan and Saints’ James Roby. He is joined at Leigh Sports Village by hooker Eloi Pelissier who aswell as providing threat from the play the ball (132 runs from dummy half placing him eighth in Super League overall) made nine clean breaks which was more than any other Dragons forward bar Dave Taylor, and was second to Stewart on the Dragons’ list of tacklers. Less established but brimming with potential, Antoni Maria is the third Dragon to head to Leigh.

Saints fans will be familiar with Atelea Vea and Matty Dawson. The latter joined Leigh towards the back end of their promotion campaign and will get another chance to establish himself at Super League level, while Vea will hope to reproduce the kind of form he showed in his first season at Langtree Park before he lost his way somewhat in 2016. Vea will compete for a place in the pack with another new face in former Hull KR man James Green who signs a two-year deal having been with Rovers since 2012. Meanwhile Dawson will have to compete for his place this year with former Hull FC man Ben Crooks who comes in on loan from Castleford Tigers as well as another former Tiger in Wigan’s versatile half Ryan Hampshire. James Clare is another three-quarter in the mix for Neil Jukes’ side after he made the switch from Bradford following their much publicised apocalypse.

Of those on the way out wingers Liam Kay and Jonathan Pownell are now part of the new venture at Toronto Wolfpack, as are centre Greg Worthington and former Saints utility forward Andrew Dixon. Reni Maitua has retired after his one-year stint with the Centurions which saw him score a not too shabby 14 tries in 29 appearances.

Among those already at the club there is more than a smattering of top level experience. Willie Tonga made over 180 NRL appearances before a middling year with Catalans Dragons in 2015, but managed just two appearances for Leigh in 2016 as fitness became a factor. He nevertheless is a former Kangaroo and Queensland Origin player whose know-how should come in handy. Harrison Hansen and Gareth Hock Grand Final winner with Wigan Warriors while Mickey Higham also won the big one with Saints in 2002. With almost 400 Super League appearances behind him and four caps for both Great Britain and England Higham is another who has been there, done it, worn the t-shirt and well….the ring.

Concern for Leigh comes from the fact that it has been so long since they last tasted competition at this level and that many of their experienced stars are players who are ageing and/or have been deemed surplus to requirements by the clubs really expected to challenge for honours. However, theirs is a squad which looks like it may just be good enough to hold off the threat from the Championship’s best sides once the Middle 8s wind up again in August and September. Anything beyond that would be the stuff of dreams.