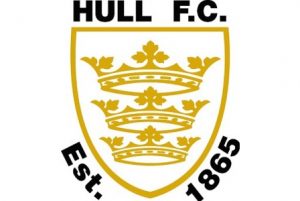 Of all the absurdly unlikely things that took place in 2016 (think Leicester City’s Premier League title success, Brexit, the election of Donald Trump and the deaths of Prince and David Bowie) Hull’s first piece of silverware since 2005 was right up there as one of the most unexpected.

The black and whites had plodded along in an ocean of mediocrity for what seemed like forever and few expected anything different in 2016 until a cold night in March changed everything. Thrashed 46-6 by a prematurely peaking Widnes Vikings outfit the FC players locked coach Lee Radford out of the dressing room so that, the story goes, they could have a frank exchange of views on what was going wrong. What followed was a run of 14 wins from their next 15 Super League encounters and a Challenge Cup pasting of Saints at Langtree Park which would have been comical if this writer were of a different persuasion. They fell short of the League Leaders Shield following defeats to Castleford, Saints, Wigan and Warrington in the run-in towards the playoffs, but probably cared little after they carried off Challenge Cup honours with an epic 12-10 win over the Wolves which finally ended FC’s Wembley hoodoo.

A 28-18 semi-final defeat to eventual Grand Final winners Wigan Warriors came as little surprise as Radford’s side faded away following their cup success, but 2016 served plenty of notice that the black and whites are credible contenders for the title in 2017. NRL imports Mahe Fonua, Carlos Tuimavave, Sika Manu and Frank Pritchard have been roaring successes on Humberside and with hooker Danny Houghton carrying off Steve Prescott Man Of Steel honours and Marc Sneyd organising off the back of a pack which also included the excellent Mark Miniciello and Gareth Ellis the KCom Stadium club were a real force. Pritchard has cut short his stay to sign for Parramatta Eels in the NRL as the trend towards Super League as a shop window for fading stars continues, but the others remain and will be confident of adding to their medal collections.

The main addition to the squad is that of former Hull KR scrum-half Albert Kelly. With Rovers relegated to the Championship there has been a degree of understanding of his decision to switch to the other side of town than was evident when….say……Paul Cooke made the switch all those years ago and though Kelly’s defence is often woeful he will add genuine speed and flair to the black and whites in the halves. Kelly has an eye for a gap and the pace to get through it before you can say ‘I’d rather watch this lad than Matty Smith’, and will be one to watch as the season progresses. He should partner Sneyd regularly with Leon Pryce having left the club to be the last man turning off the lights at Bradford Bulls and Jordan Abdull having made the opposite journey across the city from Kelly in a bid to help the Robins back up to the big league at the first attempt.

Radford’s other major recruit is former Salford Red Devils centre Josh Griffin. The 26 year-old scored nine tries for the Red Devils in 2016 and will add further quality to a three-quarter line which already boasts Fonua, Fetuli Talanoa, Curtis Naughton and Steve Michaels as well as the emerging talent of Jack Logan in front of one of the league’s best fullbacks in Jamie Shaul and the versatile Jake Connor who arrives from Huddersfield after something of a protracted, on-off transfer saga. Club legend Kirk Yeaman will not feature having finally retired at the end of last season.

Hull should not have any problem scoring tries with only Warrington and Castleford having notched more during 2016, but both Wigan and Warrington had meaner defences by the end of the Super 8s. If Radford can take his side’s defence up another notch then they have a realistic shot of making a first Grand Final appearance since 2006 when they were beaten by a Saints side which might as well have won Strictly Come Dancing and The X-Factor, such was their dominance under Daniel Anderson that season.

If Hull can make that extra step towards Grand Final glory, it won’t be half as surprising as their excellent form was in 2016.