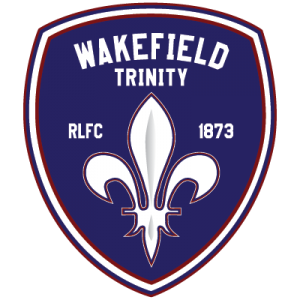 The 2016 Super League season was not a classic. Conservatism ruled as clubs climbed over each other to see who could devise the most boring game-plan. It culminated in the most wretched of all conclusions, a Wigan Warriors Grand Final victory. Yet here we are, a month out from the start of the 2017 campaign and we’re all just as excited as ever we were, as if there is any hope that in the intervening months the coaches have all got together over a Christmas sherry and decided to do away with one-out, knees and elbows, third man in dross. Well, it could have happened….

If the excitement level does not change, neither does the structure of my season preview which is below for your delectation. It’s alphabetical so as not to inspire too many angry tweets about why Wigan are last (because Wigan are last….). So sit back with your brew and read on, all the while picturing yourself strolling up to the Totally Wicked Stadium on what is sure to be an icy, wet, horrific night when Saints entertain Leeds in the season opener on February 9. There’s nothing better, is there?

Continuing the theme of the unexpected in 2016 Wakefield confounded all expectation by reaching the Super 8s. Chris Chester’s side won 10 of their 23 regular season games to capitalise on Salford Red Devils’ maths issues and finish a creditable eighth. It was as good as it got as they went on to lose all of their Super 8 games but their work was done. It was a remarkable turnaround from 2015 when they ambled along pointlessly, picking up only three regular season wins before controversially overhauling the squad for the Middle 8 Qualifiers and finally surviving the Million Pound Game.

That reversal in fortunes had not looked likely at the start of the season. Only one win from their first five league outings saw then head coach Brian Smith resign at the beginning of March. It was ironic that Wakefield’s one win to that point had been over Hull KR, a result which prompted the Robins to part company with Chester and allow Wakefield to make the appointment that would turn their season around.

Following Smith’s departure the team formerly known as the Wildcats lost their next two including one particularly abject display in a 44-4 defeat at Langtree Park, before embarking on a run of seven wins in their next 10 games. That included the comedy gold that was a 62-0 shellacking of Wigan which had chief pie Shaun Wane babbling all kind of excuses ranging from illness throughout the squad to plain old ‘that wunt uz, that.’ Nobody can play top level sport when they are in fits of hysterics so Chester managed to restore his side’s composure long enough to also beat Warrington in that period, and produce a memorable one-point win over Catalans Dragons at the Magic Weekend in Newcastle which was capped by Jacob Miller’s ridiculous long-range drop-goal. Wakefield also managed to win at Leeds during this purplest of patches but by then a win over Brian McDermott’s side wasn’t really newsworthy.

Turning to 2017 the first order of business is the club’s name change. After 17 years as the Wakefield Trinity Wildcats they will revert to Wakefield Trinity RLFC for the start of the new season, proving if nothing else that some things really were better in the old days. They’ll also have seven new faces as Chester set about the business of making this his own team, with no fewer than 10 players passing through the exit. Of those arriving Mason Caton-Brown is a talented if sometimes frustrating performer in the backs who has scored 41 tries in 57 appearances for both London Broncos and Salford Red Devils, while former Huddersfield Giants fullback Scott Grix could lay claim to being one of the best in the competition before an injury ravaged 2016. Halfback or hooker Kyle Wood and prop Craig Huby follow Grix from the John Smith’s Stadium to Belle Vue and the pack will also have Mitchell Allgood who joins from relegated Hull KR.

Perhaps the biggest name among the recruits is former Catalans Dragons half Sam Williams. The 25 year-old made only 10 appearances in 2014 for the Dragons but has managed 81 NRL games in two spells with Canberra Raiders and one with St George-Illawarra before arriving in West Yorkshire. He should probably hold down one halfback slot when fit and available leaving Miller, Wood and Liam Finn to fight it out to partner him.

Huby and Allgood should offset the departures of Scott Anderson and Nick Scruton. The former has retired while the latter has joined Hull KR’s bid for promotion at the first attempt. Michael Simon has returned to Catalans Dragons while Anthony Tupou, Jordan Tansey and the troubled duo of Richard Owen and Scott Moore have all been released along with another former Saint Stuart Howarth. Craig Hall is one of the men who has been drafted in to the ambitious but undeniably exciting Toronto Wolfpack venture.

Despite the relative successes of 2016 Chester’s newly shaped side will need to bring about an improvement in many areas of the game if they are to repeat or even better their achievements this time around. Only fallen idols Leeds Rhinos scoring fewer tries than Wakefield in 2016 and no side conceded more points in either the regular season or by the end of the Super 8s. And if that were not enough the Belle Vue side were the only one to top 700 missed tackles, while gaining the fewest metres (26435). It’s not courting controversy to suggest that there were problems on both sides of the ball.

With Leeds expected to be back among the top four or five sides it remains a huge challenge for sides like Wakefield to avoid slugging it out in the Middle 8 Qualifiers at the end of the season. Last season’s improvements will not have altered expectations greatly even if a repeat of their disastrous 2015 form looks as unlikely as a playoff challenge. This is a club always capable of springing a surprise, a trait they will need with Hull FC, Leeds and Saints all coming up in the first four weeks of the season. A place in the Super 8s for a second consecutive season would represent a roaring success for a club which lacks resources and seems to constantly be undergoing major changes to the line-up.