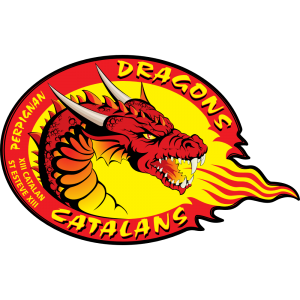 After a strong start to the campaign in 2016 Catalans Dragons began limping along woefully in the second half of the season. They lost each of their last five regular season games after beating Saints 33-16 in Perpignan on June 11 and won only 2 of their 7 Super 8 assignments to finish sixth overall in a competition they had led for a significant part of the season. When they won 30-12 at Langtree Park in mid-April they looked serious title contenders but the ease with which Keiron Cunningham’s side brushed the Dragons aside in a 39-16 success in August showed just how far the two had veered in opposite directions in the latter part of the season.

Injuries hit the Dragons hard with all of Krisnan Inu, Richie Myler, Todd Carney, Paul Aiton and Justin Horo missing unhealthy chunks of the season with various problems. Yet many sides suffered similarly and the Dragons’ performance in the warmer months seemed to betray a lack of real depth in the squad, or certainly the kind of depth required to sustain a credible title challenge. On the face of it they look to have taken some serious steps to address this for 2017, with no fewer than eight new faces (some of which are actually returning old faces) but it has come at some expense with a round dozen of the 2016 squad having been released or transferred elsewhere.

This being a Saints site there is one new name at Catalans Dragons which sticks out. Luke Walsh spent the last three years promising to be the scrum-half we haven’t had since Sean Long’s hey-day but he too is a player whose time in Super League has been blighted by injuries. He arrives on a two-year deal with the troublesome and even more injury plagued Todd Carney still presumably staggering around Sydney or Brisbane with a sign that reads ‘have boots, will travel’. Walsh has all the skills needed to provide a real spark for any Super League club but there have to be doubts about whether he will take the field any more often than Carney did during his two-season spell in Perpignan. Carney made just 33 appearances over those two campaigns, scoring nine tries. When fit he was often integral to everything that the Dragons did but it just didn’t happen often enough. It is hard to shake the feeling that Walsh will struggle similarly, though maybe we are just hoping that is the case so that we can all give a collective and sage nod at the decision to allow him to leave the club to make room for the decidedly meh Matty Smith.

Perhaps even more surprising than Carney’s release was that of Dave Taylor. The former Rabbitohs and Gold Coast man seemed to be carrying the Dragons for a time during that difficult end to the season but will not be doing so again as he looks set to join Canberra Raiders for 2017. Taylor made 12 clean breaks for Catalans last term, more than any other Dragon apart from wingers Jodie Broughton and Fouad Yaha. His 39 offloads were 17 more than any of his team-mates too and his destructive running, indefatigable engine and willingness to pop the ball out of the tackle will be hugely missed by coach Laurent Frayssinous.

Also gone is workaholic pack-man Glenn Stewart who topped the Dragons tackle count with 1026 while still finding the energy for 304 carries and 1798 metres. He has joined newly promoted Leigh Centurions after making 30 appearances in his only season in the south of France. Joining him at Leigh Sports Village is lively hooker Elois Pelissier whose 132 runs from dummy half in 2016 were 62 more than the nearest Dragon, utility back and gaffe-meister in chief Tony Gigot. The latter has seen off the threat of Morgan Escare for the fullback slot to the extent that Escare now feels he has more chance of getting into the side at Wigan. The release of former Australian Test forward Willie Mason should have less of an impact than that of his aforementioned compatriots Carney and Taylor given his modest contribution last term, but the retirement of Pat Richards takes valuable experience and goal-kicking prowess out of the Dragons’ squad. Olivier Elima also leaves after 132 appearances for the club over two spells spanning seven seasons since 2008.

So who’s coming in along with Walsh. Well…meet the new guys….like the old guys only a year or two older and wiser perhaps. Benjamin Garcia returns from Penrith Panthers and can operate anywhere from prop forward to all along the three-quarter line, while Mikael Simon returns to Perpignan after a two-year spell with Wakefield Trinity. Then there’s Greg Bird, who made 23 appearances for the Dragons in 2009 scoring five tries, and who returns to the club at the age of 32 hoping to have an even bigger impact. He has spent the time since leaving the Dragons making 129 appearances for Gold Coast Titans in seven seasons, scoring 15 tries. It’s a signing which seems entirely in keeping with Frayssinous’ policy of making his team physically tough to the point of ill-discipline. Some of you may also remember Sam Moa enjoying four seasons with Hull FC before leaving for Sydney Roosters and become an established member of the New Zealand Test squad. At 30 he should still have plenty to offer.

At the younger end of the scale is Brayden Wiliame who arrives from Manly Sea Eagles having played 23 times over two seasons. He will help strengthen a backline that already contains Broughton and a hopefully rejuvenated Inu. However, much will depend on whether a partnership of Walsh and Myler can work or on how much the improving Lucas Albert can develop with the potential for Walsh to block his path to the first team. Thomas Bosc remains to offer another option in that area but the overall make-up of the Dragons’ squad for 2017 does not serve as evidence that there will be a huge improvement on last year’s efforts. A time of transition looks likely.