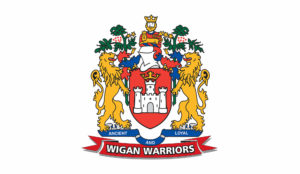 After a postponement against Hull KR and a forfeit from Castleford, Saints will hope for third time lucky this Sunday as they face off against rivals the Wigan Warriors in the derby at the Totally Wicked Stadium. The big disappointment is that it will take place in front of just 4,000 fans as the government have delayed the release of measures so what was billed as a full house earlier in the season, will be limited once again.

It will be almost two a half weeks since our last run out and just one game played in the past month due to the Leeds game also being postponed the week before the Warrington game. This could benefit the players in some ways as they will be fresh and will have been able to get over any knocks and injuries they had. It will also allow a few of the guys to recover such as Percival, Thompson, Lomax and Walmsley who would’ve all missed the mid week game. It does bring about the question of how undercooked we will be though and having such a break is not always ideal, as shown in our last outing against Warrington when the week off didn’t suit us and we struggled, especially early in the game.

Hopefully the players will have used their time wisely and with Wembley just two weeks away, we need the run outs over the next two weeks to get ourselves back into our groove and finding our form again, especially after a pretty lacklustre performance against Warrington.

Our attack just didn’t get going against Warrington. Jonny Lomax had a very quiet game, Lachlan Coote continued his average form and Theo Fages tried to little success. We did create chances in the game but our attack was a little bit too lateral at times instead of running directly. You’ve got credit Warrington for large parts, but that crispness just wasn’t there for us and it has been a problem at times this season.

Our defence once again kept us in the game and whilst Warrington made more clean breaks throughout the game (3 compared to 1), our defence on the whole was excellent. There’s no doubt given the weight of pressure in the 1st half, we’d have conceded more points under previous coaches, so once again that element of our play deserves credit.

Just fouir players made over 100m against Warrington with Makinson topping that with an incredible 220m, Lomax 129, Naiqama 116 and Welsby 104. None of our forwards hit the 100m mark which probably helps explain why we struggled. Roby topped the tackle count with a superb 51, Fages 41 and Knowles 38. The worrying stat though was the clean breaks made, which was just one through Joe Batchelor. None of our backs made any impact in terms of breaks made.

Wigan are in a tough run of form having lost their last four games against Catalans (48-0), Hull KR (18-8), Wakefield (14-6) and Warrington (40-14). Two of those blowout scores will be concerning for them but the most alarming stat if their lack of points in those four games, just 28 points in 4 games, an average of 7 per game, which is nowhere near good enough for a side of Wigan’s quality.

Lam is under big pressure at the moment despite their injuries and its clear their fans are pulling no punches over recent performances. A defeat on Sunday would certainly put Lam under huge, huge pressure and you do wonder if it would spell the end of his tenure if a defeat occurred for Wigan. This is why this game is dangerous for Saints. Wigan will be big underdogs, they beat us at the TWS last year and they know they will be eager for a much better performance against their neighbours.

They still have some big threats in Liam Farrell, Jackson Hastings, Oliver Gildart and Tommy Leuluai so it is no gimme for this Saints team.

Woolf has confirmed that Jonny Lomax and Alex Walmsley are both fit to play and Mark Percival should return to play also after missing the last few weeks with a hamstring injury. Matty Lees is a week away from a return, whilst Joel Thompson also misses out due to a shoulder problem. James Bentley and Jake Wingfield remain long term injury casualties for Saints.

Woolf may have to deal with the conundrum of where Welsby fits into the side if all our backline is fit again. So far he’s managed to move Welsby around to cover injuries, so it’ll be interesting to see what he does this weekend if they are all fit to play.

There are likely to be light rain showers throughout the day and will remain during the game.

Pour recent record against Wigan is excellent having won 5 of the last 6, 4 of those coming in the 2901 season. Last season was a little more even as Wigan won the one league meeting between the sides with Saints gaining revenge in the one that mattered.

Our last meeting was of course last years Grand Final, in what was a match for the ages. It was one of the best Grand Finals we’ve ever seen with the most dramatic of finishes. It’s one us Saints fans and Jack Welsby will never forget.

The derby is always a difficult one to call. Saints will be big favourites for this one given Wigan’s current form and injuries. The key will be how Wigan handle our big men and it is something they have really struggled with in recent times. If they can stick with our big men, they have a chance but if not they will be in trouble. Warrington brushed them aside with relative ease, but I anticipate it will be tougher for Saints this Sunday. Saints by 14.