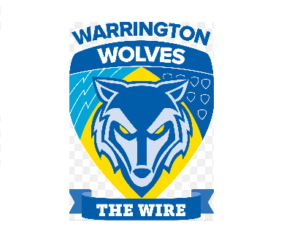 Saints reached their second Challenge Cup Final in three years, following their 33-18 Semi Final victory against Hull FC at the Leigh Sports Village in our last encounter. It was a contest we led throughout after we scored our 1st try, but the last 10 minutes were very nervy when Hull got it back to 21-18. It took a superb interception play from Regan Grace to seal the victory as he clutched the ball from a Jake Connor pass to run the length of the field and score with the 600 strong Saints faithful going wild. Since the Grand Final, it was probably the only time I’ve watched on TV and got out of my seat, as it was the moment I knew we were back at Wembley and the tickets could be booked!

After a slow start, with Hull dominated the opening exchanging, Saints scored the opening try through Regan Grace and took command of the game from that moment until the 60th minute. A controversial score from Theo Fages put us 14-2 up at the break and the try had mixed comments from social media. Some believe it was poor sportsmanship from Fages to pick up a loose ball from Griffin following a horrific injury and to touch down and score, whereas some believe he did nothing wrong and was quite within his rights to continue the game.

I believe he was correct to continue on. It is not upto Fages to stop the game, you simply play to the whistle and this is something you are taught as a child. He did what most players would’ve done in that scenario and that’s pick up the loose ball and score. If Fages had stopped playing and a Hull player had picked the loose ball up and ran the length of the field to score, he would’ve been criticised for not playing to the whistle. It was very unfortunate and I do have sympathy for Hull, as it was a freak incident, but Fages cant be blamed. I wish Josh Griffin well in his recovery, a horrific injury and I hope he’s OK.

The Saints continued to dominate the opening exchanges of the 2nd half and a further score from the in form and ever improving Jack Welsby put Saints 20-2 up. Hull did claw the game back to 20-8 and then 21-18 and we looked out on our feet in those last 10 minutes. Grace’s score was absolutely huge and I think we all had a huge sigh of relief when he went over with 5 minutes to go. Coote’s try probably put an unfair reflection on the score as it was an outstanding cup tie between two very competitive teams. The resilience of the Saints team is very good this season, given we lost Percival and Paasi to injury last week and already had Lees and Bentley out, leaving us a little short in the pack.

The Saints will now take on the Castleford Tigers at Wembley on July 17th, a team Saints have never faced in a Challenge Cup final before, so this is one for the history books. It also the 1st time brothers have faced each other in a final since 1950, when Sione and Peter Mata’utia face off, but that’s one for another day!

The Saints have had the luxury of a week off following the postponement of the Leeds game due to covid issues at Leeds. Leeds game against Catalans is also in doubt due to the issue. Huddersfield and Wigan was also postponed last week due to the same issue. It is the 1st time this season covid has impacted games, and I’m not suite sure how Saints will fit in the Leeds game at this stage due to our already busy schedule. This week off will be our only week off of the year as games are packed into a tight schedule and with our Cup Final appearance, there are no free weekends. Hopefully Saints will have used the week off wisely to recover from the bumps and bruises and it could do us a favour before Wembley.

Warrington are our opponents this week, in what is a blockbuster clash at the TWS. Wire have become our kryptonite in recent years and seem to play like peak Australia whenever they meet us, but then throw in a shocker against someone like Castleford or Hull, which is frustrating.

Warrington currently sit 4th in the table having won 6 of their 9 Super League games with a draw against Hull and two defeats coming against Castleford and Huddersfield. They also recently lost their Challenge Cup Semi Final clash against Castleford 35-20 in a game they were completely dominated. Their defence especially was cut to ribbons that day, and it has been a slight issue for them this season. They are a team that can score points for fun, but apart from three games this season they have conceded more than 8 points in every game.

On their day, Warrington can be a devastating outfit with the likes of Ratchford, Widdop, Austin, Clark who can all cause real problems with their direct running and ability to spread the play. Add in players like Toby King, Josh Charnley, Jake Mamo and Tom Lineham and they have players in the backs that can finish too. Their pack also seems to match up quite well to Saints also, which always makes these battles intriguing.

Daryl Clark is normally the dangerman I would pinpoint and his battle with James Roby is always a fascinating one. We will need to control the Wire pack to make sure he cant run from dummy half and cause problems in the middle.

Agnatius Paasi is set to return this weekend following a minor hamstring injury and Joe Batchelor has recovered from a head knock in the Cup Semi. Mark Percival has not recovered from his hamstring injury but is likely to return in the next week or two. Matty Lees is still another 3-4 weeks away and Woolf confirmed in the week he is likely to be fit for Wembley and is hopefully he will play beforehand. Jake Wingfield and James Bentley are still out long term and wont feature until August / September.

It is expected to rain early in the day but should brighten up a bit as the day goes on. It will be dry and cloudy by kick off, with temperatures still likely to be warm and around the 16 degrees mark.

Saints recent record against Warrington is not great, having lost the last three encounters against them at Wembley in 2019 and the two matches last season (19-0 at the HJ Stadium and 20-18 in the Chellenge Cup). The cup defeat was unfortunate and could’ve gone either way as it took a lucky try that came off the head of a Warrington player and bounced into the arms of Josh Charnley to seal the game.

You have to go back to 2019 for our last win against the Wolves, as we triumphed 30-12 at the HJ Stadium, just 3 weeks before our Wembley clash.

Its always difficult to predict whether the week off will have worked in our favour or not. I think it will have helped get over our bumps and bruises and will have allowed a few players to recover from injuries, which will help us going into a tough run of games, but we were building some good momentum following our two wins over Hull FC, so hopefully we won’t revert back to the Catalans performance following the enforced break. Paasi being fit is a big boost for our pack and hopefully that will give us the edge up front. It should be a close one. Saints by 6.