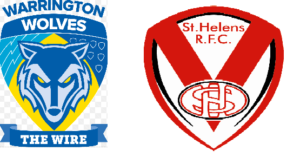 The Saints kicked off the season from where they left off in 2019, hammering Salford 48-8 in the opener at the Totally Wicked Stadium. It was a bit scratchy at times in the 1st half, but 2nd half we scored some excellent tries, with Naiqama arguably grabbing the best two tries following cut out passes from Welsby and Lomax respectively. Our attack still has plenty of improvement which is good to see, and whilst we appear to have tightened up slightly in the forwards, we still got the ball wide and used the three quarters, so our flair from Holbrook doesn’t appear to have been halted under a new coach.

The most impressive aspect of the performance though was the defence. Saints missed a total of 11 tackles during Friday’s game of the 282 made which is an outstanding effort. The nearest team to that in round one was Hull FC who missed 9 more tackles than Saints but made 13 less tackles during the game. The defence appeared to be condensed when on / near Salford’s line with the focus on putting numbers into the tackle to prevent offloads and 2nd phase play, and they pushed outwards whenever the ball was spread wide, which worked very effectively against Salford. It’ll be interesting to see how our defence operates throughout the year, but early indications suggest it will be a big focus for Saints in 2020.

The Saints now face off against the Warrington Wolves this Thursday night in their next league game in the 1st of three league away games in a row, in what is sure to be a classic and a repeat of the 2019 Challenge Cup Final.

But it’s not all been plain sailing for the Saints recently, as Lachlan Coote has now been ruled out for a few weeks after picking up a knee injury against Salford, and the news broke on Monday afternoon that outstanding prop forward Luke Thompson will be leaving the club at the end of the 2020 season and will be joining the Canterbury Bulldogs in the NRL. Thompson has developed into one of the best props in the competition over the last few seasons and he will be sorely missed when he does leave. Let’s hope he leaves a World Champion and Challenge Cup winner, two trophies that have so far deserted him.

Warrington lost their opening game 16-10 at the DW Stadium in a tight clash against the Wigan Warriors, but were arguably the better side for large parts of the game. The turning point of the game was the Chris Hill sending off in the 23rd minute, which gave Wigan the numbers advantage for the remainder of the game. Despite being a man light for the majority of the game (and 2 men light when Mike Cooper was sin binned in the 2nd half) Wigan failed to really press home their advantage as Warrington hung on in there and if they had been a little bit smarter with the ball, they could’ve snatched a win towards the end of the game, as they blew a few decent chances.

From my early observations of Warrington, offensively they tried to offload the ball more than last season, but their structures appear to remain the same. Whether that will change slightly when Widdop is fit we will see. They did look fitter than last season and that was summed up by Ben Murdoch-Masila, who had a very strong game and caused Wigan’s defence problems throughout. Despite being a man light for three quarters of the game, they didn’t look stretched or gassed during the final periods of the game which is a good sign for them. Discipline could be Warrington’s biggest problem this season and it was a problem for them last season too. They are an aggressive side who plays on the edge but sometimes it can overspill and cost them. As a result of their indiscipline Chris Hill is suspended for this week’s game.

Saints generally have the upper hand against Warrington in league games, but Warrington have beaten Saints in the more important games and there is no doubt there will be an element of revenge and wanting to put that right for Saints this season.

Saints will be without full back Lachlan Coote who has been ruled out for the next two games. He may be available for the World Club Challenge but remains a doubt for that game at this stage. Morgan Knowles returns to the squad after missing the opener due to shoulder surgery in the off season. James Roby won’t be fit until the World Club Challenge game and it is a game too early for Tommy Makinson, who could play at Hull next week. Kyle Amor again misses out due to a shoulder injury. Jack Welsby will step in at full back spot and it is likely Matty Costello will play at Centre / Wing.

The conditions are likely to remain dry this Thursday with no rain predicted currently. It is likely to be a lot cooler than it was for the opener though, with temperatures expected to be around 4 degrees come kick off time.

The Saints generally have an excellent record against Warrington in recent times. The last time Warrington recorded a league win over Saints was back in May 2017 before Justin Holbrook arrived. Warrington do have a bit of a hoodoo over Saints in ‘big’ games though following the 2018 Play Off victory and more recently the 2019 Challenge Cup Final. That defeat was the only real blemish for Saints last season, and you imagine the players will be eager to get one back on Warrington following the performance that day.

Blake Austin v Jonny Lomax – Austin had an up and down 2019, starting the season on fire and falling away from about June time. Lomax was outstanding last season and picked up the Man of the Match award on Friday against Salford with another excellent, controlled display. Lomax got the upper hand against Austin last season, so it will be interesting to see if Austin can have a bigger influence this season.

Joe Philbin v Alex Walmsley – In the absence of Chris Hill it is likely Joe Philbin will start and he gives Warrington the kind of impact they need. It will be a different challenge for him starting the game (if he does start) and he will be up against two tough props in Walmsley and Thompson. Walmsley notched 162 metres and two tries against Salford getting his season off to a great start. Saints rely heavily on the front row, and in particular Walmsley’s go forward, so he will be important again this week.

Both sides showed some good signs in their opener despite picking up different results. Defensively both sides looked very good, so I think it will be a fairly low scoring game with try scoring opportunities difficult to come by. Both sides are slightly under strength for this one, with Saints likely to be missing four or five first team regulars, whilst Chris Hill is a big loss for Warrington along with the currently injured Gareth Widdop. I believe we handle our injuries quite well and if we defend like we did last Friday we will be tough to break down. Our front row will be the key to this one and I predict a patient game plan will see us home in the end. Saints by 8.