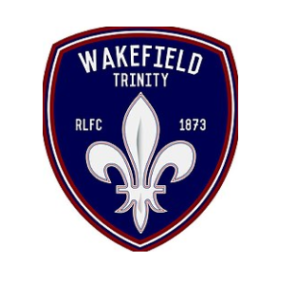 Saints progressed through to the Quarter Finals of the Challenge Cup following their 26-18 victory over the Leeds Rhinos but its fair to say we made hard work of it. Once again we started off with an early try, this time after 3 minutes as Makinson went in in the corner after a good set move gave Makinson space on the outside to crash over. Like the Hull KR game though, we didn’t really kick in and got dragged into a forwards battle, which played into Leeds hands.

Leeds had several 1st teamers missing, mainly from the backline, so played forwards in the halves and overloaded and stuck toa very simple forwards battle, similar to how Warrington approached the game with us in the Challenge Cup final in 2019 and for large spells of the game it worked as Leeds contained us and stuck with us throughout. Saints did lose Matty Lees and Sione Mata’utia before the 20 minute mark which didn’t help our rotation options but Leeds did also lose a man for 35 minutes when Zane Tetavano was sent off for a shoulder charge early in the 2nd half.

Our performance was not good though and we made things very hard for ourselves with some poor individual handling errors in the 1st half which put us on the backfoot and had us defending for spells in the game. When we were two players down on the interchange, the last thing you want to be doing is defending, so we were our own worst enemies at times. When we did keep hold of the ball and started to go wide, we caused Leeds problems and the majority of our points came from set plays involving the three quarters. The frustration was not seeing it more regularly, especially when Leeds were a man down and there was space to be exploited.

Our attack hasn’t really got going in the opening three games and whilst its still early days yet, you would hope we would start to see some gradual improvement in this area soon, otherwise it will be a bigger cause for concern when the bigger challenges arrive. Our usually reliable defence was not at its best last weekend and the three tries we conceded were all very poor and could’ve easily been prevented. There may have been some fatigue due to the lack of forward rotation, but I’m not overly convinced by that. To concede the same try twice to Brad Dwyer was especially disappointing and hopefully Saints will learn lessons from that.

The one real big positive from last week’s game was the performance of new signing Agnatius Paasi, who put in a Man of the Match performance. Paasi was the difference between the sides really and he amassed 210 metres and 2 clean breaks in a dominant performance. Its still early days for all our new players, but with performances like that it won’t be long until Paasi is a firm fans favourite. He was devastating and Leeds didn’t know how to handle him.

There were some excellent individual performances against Leeds, eve if the team performance wasn’t upto scratch. Paasi as already mentioned was our strongest performer, but 7 others made 100m with Thompson making 150m, Makinson 149m, Grace 138m, Amor 134m, Walmsley 130m, Bentley 114m and LMS 100m. Amor topped the tackle count with 48, Bentley 43, Roby 40, LMS 36 and Walmsley 34.

Wakefield have had a tough start to the season losing all three of their matches so far this season. They have had a tough start though, losing to Leeds 28-22, Wigan 34-6 and Catalans 26-6 in the Challenge Cup. They have shown glimpses through Tupou and Johnstone but defensively they have looked poor once again this season, conceding an average of 29.3 points per game, which is simply not good enough if they want to be competing for a Play Off spot.

I didn’t watch the Catalans game but did see parts of the Leeds and Wigan game and in the Leeds game they did show some good attacking play, particularly down their left hand side. Alex Walker is a threat and when he links up with Tupou and Jonhstone they can cause problems. They were missing Walker against Wigan though and they really struggled without him. They were poor for large parts against Wigan and deserved a comprehensive defeat in the end.

There’s no doubt they will pick up wins during the season, but there’s also no doubt they will be near the bottom of the table this season. Their defence just isn’t good enough and you do wonder if Chris Chester will last the season at Wakefield following a poor 2020 season and start to the 2021 season.

Matty Lees and Sione Mata’utia are the latest injury victims with Lees likely to be out for a period of time due to an ankle injury. Mata’utia isn’t expected to be long term but he will miss this week’s game. They join Morgan Knowles on the sidelines, who is still unavailable. Mark Percival has been named in the 21 man squad but there is a good chance he will be given another week to recover and therefore Jack Welsby is likely to continue at Centre, with Josh Simm out on loan at Leigh.

It is likely Kyle Amor will start in the front row with LMS moving to loose forward. This will open a couple of spots on the bench with Jake Wingfield, Joe Batchelor and Dan Norman all in contention for a place this Friday. Aaron Smith is also back in the squad after missing last week’s game with a head injury.

Conditions are expected to remain dry throughout the day and are likely to hover around the 9 degrees mark come kick off time.

The Saints won the last 7 against Wakefield, our last defeat coming back in 2018 when Wakefield beat us 24-20 at Belle Vue. We played them in consecutive weeks last season beating them 20-16 in the 2nd outing Saints put in one of their best displays of the season winning the game 48-6 at the HJ Stadium.

Saints haven’t quite gone through the gears yet but remain unbeaten. Defensively and offensively there is work to do after the Leeds game and providing Saints approach the game with the right attitude I cant see anything other than a fairly comfortable Saints win. Saints by 20.