I was about to write this article… then I remembered I’d already wrote it last year. It turns out that the talk of Coventry this time 12 months ago was essentially about forcing Newcastle to up their bid to host it again, so i’m hoping that the talk of New York is the same – how awful would it look in a small stadium, few travelling fans and an American audience there who have no idea what’s going on? I know in recent years Super League games have been shown on Fox Soccer Plus, but this is a Subscription only service that not many people watch. Like it or not, I’d suggest the audience for Super League in America is similiar to how many people watch US Lacrosse here!

Let’s lose all the pretence that Magic is about taking the game to a wider audience, expansion. It isn’t. It’s a cash cow for the RFL, and the money made from the event being held in Newcastle will be ploughed back into the Community game across the country. Will New York pay as much? Wouldn’t they be better served investing in their new ‘franchise’ – which is essentially a rentamob of a load more players from the lower echelons of Lancashire and Yorkshire to pretend they’re local ala Toronto?

I see from my below article the RFL took on board our suggestion of inviting two Championship sides to open the weekend…. how about next year inviting the 2 best Women’s teams? Maybe whichever two reach this years Grand Final? I’m not going to lie, having seen a lot of Rugby this weekend, the best game of all was Saints Women v Leeds down at Crusader Park, an absolute battle that went down to the final play.

As a quick tip, if you want to keep the costs of attending down and guessing that it’ll remain in Newcastle, use Booking.com for Newcastle hotels for next year – available now for about £80 a night for 18/19th and 25/26th May. (Last weekend of footy season if Newcastle are away, the weekend after if they’re not), book using the free cancellation option for the weekend you don’t need or if it’s not there! you can cancel for free up to 24 hours  store the day you’re meant to go and you won’t be charged anything now.

Anyway…for your pleasure once again, here is last years musings, which haven’t changed. 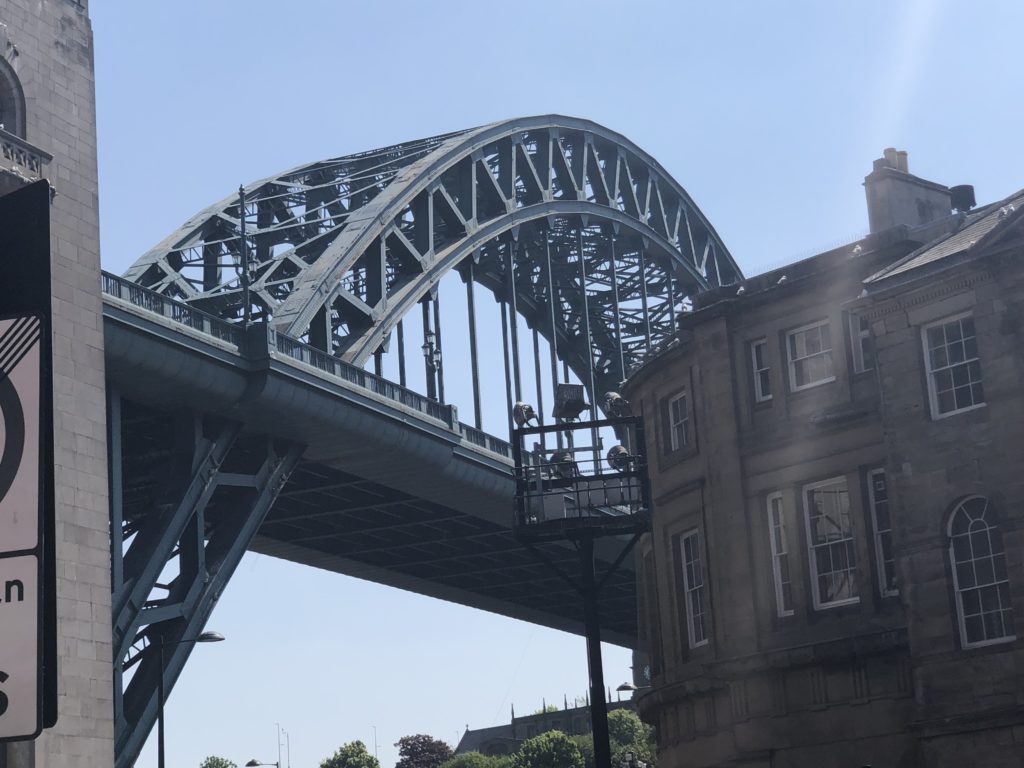 Those most against Magic Weekend, appear to be the fans who don’t attend – anyone who believes that the RFL will get rid of such a money making concept completely, or will sanction a one off Nines competition in place of it are living in a fantasy world. Reality is, Magic Is here to stay.

Over the weekend there has been murmurings that Magic may well have ‘run its course’ in Newcastle, and could well be upping sticks We just don’t see that being the case.

There has been some talk that the rumour of leaving Newcastle has been perpetuated simply as a bargaining tactic, an attempt to flush more money out of Newcastle to host the event in the face of apparent interest from other cities in the UK, such as Coventry or London.

Newcastle is the perfect location: St James Park is a superb stadium with enough space around it to be able to hold a decent fanzone, and being within a few minutes walk of the City Centre it gives all the essential amenities – decent parking, shopping and restaurants, and to top it all off it has a tremendous nightlife for those wishing to make a full weekend of it. In short, Newcastle is a tourist destination by itself, and the people of the city have embrace having Rugby League being played there, with up 15000 of those in attendance believed to be locals.

There is also an ample amount of other destinations close by for people wanting to be close but not in Newcastle itself.

The question is, do the fans and their views matter to the RFL? If the decision is taken to move the event away from Newcastle, then it’s simply a slap in the face for fans who have given overwhelmingly positive feedback since the event was moved there in 2015. A quick look over some of the Fans social media groups from opposition sides tell you all you need to know:

@CasFaithful: “Once again an outstanding Magic Weekend at Newcastle. The RFL need to listen to the fans and bring it back next year!”

@HFC_News: “Etihad is the best ground for #MagicWeekend, but Newcastle wins hands down on location. @TheRFL, listen to the fans, not your pockets.”

@wiganrlfans: “Etihad is the best ground for #MagicWeekend, but Newcastle wins hands down on location. @TheRFL, listen to the fans, not your pockets.”

There has been talk of Anfield and Coventry as potential hosts for future Magic Weekends –  both should be immediately ruled out. For me, the location for Magic has to be within spitting distance of all of the amenities such as what Newcastle currently offers – Anfield is simply too far away and can’t offer this – stuck in a residential area that requires a bus/taxi from the City Centre to reach. The Ricoh Arena in Coventry is simply far too small with a capacity of only 32000, and offers absolutely no incentive for fans to go there – it’s truly an awful place. If the RFL want to kill the concept, a trip to Coventry is the quickest way to go about it. The Olympic Stadium is a possibility, but with the Challenge Cup Final already in London, why take another event there? The stadium itself Is poor in its distance from the pitch and lack of atmosphere, and fans would be spread all over the city and you wouldn’t get the same carnival atmosphere. In essence, the event would be drowned out against the background of everything London has to offer.

The only other options are to return to Manchester or go back to Cardiff. My issue with Manchester is that as it sits right in the heartlands, and whilst the stadium is great there is no incentive for fans to stay over and make a weekend of it – many choose to just travel there and back in the same day. Cardiff would be an option, but is the stadium too big and Cardiff too far away?

Attendances prove that Newcastle is the best option – the top 4 attendances have all come over the last four years, when attendances across the league are slightly down.

Newcastle has made a home for itself – it’s a distance enough away for fans to make a weekend of it around the games, whilst still close enough for fans to choose to travel there and back from on the same day if they wish.

The RFL should be looking at how they can build upon a pretty solid 65-70000 fanbase they currently get and aim to build on this, not simply by choosing the easy option of going to the highest bidder. The weekend is a reward for fans, not simply a cash cow.

Why not look at bringing the Top 4 supported Championship clubs to the event and having them as the Opening game each day? That would certainly add another 5-10k to the attendance!

So please RFL, do the right thing, listen to the fans – keep Magic in the Toon!!l