English Rugby League over the years, despite what many people seem to think, has enjoyed many fruitful homegrown talents – something that is extra evident when looking at the 2018 Saints squad, the likes of Danny Richardson, Mark Percival, Tommy Makinson, Adam Swift, Jonny Lomax, Morgan Knowles, James Roby…hell even Matty Smith to an extent. The list stretches further and that’s only for St Helens. Across Super League many young players come through the ranks and blossom as first team regulars.

It certainly isn’t a detriment to the game however to suggest that this calibre of player isn’t the best of the best. That isn’t to say it’s a poor group, not at all. The potential is there for all eyes to see and every now and again a James Roby type player will fulfil that world class potential. It is truthful to admit though, that it is the Australian game in the NRL that holds the next level of competitor, at least on a general quality basis. I could write and debate at length as to why this is – a few reasons being the funding of the sport down under, the fact it is their national sporting pastime competing only with the opposite code of rugby, whereas here in England a whole host of sports battle it out to be top dog, football being the clear leader with the Premier League.

So, with these differences highlighted, it comes as no surprise that when an Australian player is acquired by any English club, all sights firmly lock onto the new arrivals. An alien level of expectation is placed upon them and everything they produce is intensely scrutinised. This process comes naturally due to the common acceptance that these players ‘should’ be a different class. Now, it doesn’t always work out that way, the social climate being what it is, not all oversea imports find their feet in Super League (Just look at Josh Perry if you’d like an example), however every now and again…something special happens.

Here as Saints, we have been incredibly lucky to bear witness to some of the best players not only this league has ever seen, but the world. So, I think it’s time to have a little look at a few – here are just three of my picks that are potentially the best Aussie imports to pull on the Red Vee. 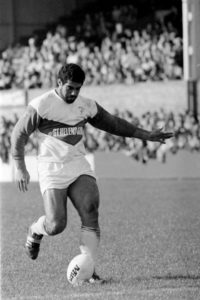 This one goes without saying, doesn’t it? Something that is made all the more impressive given that he only spent a year in the Red Vee. Big Mal played in the centres in the 1984 season for Saints – his size, strength and pace combined to create a viscous concoction that many struggled to handle. Scoring 38 tries in 31 games, it is no surprise that this powerhouse is often described as the best overseas import the English game has evens seen.

It is just a shame that the big Australian couldn’t extend his time with the Saints, as all who witnessed his ability – both Saints fan and neutral alike – just craved more. Saying that, within his 1 year, St Helens managed to win the Premiership Title and the Lancashire Cup, not a bad haul if I do say so myself! 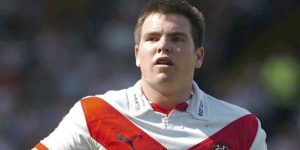 Another centre, this time within the ‘modern era’ of Super League, is Jamie Lyon. Again a player often debated to be the best import to grace the Red Vee. His performances in his first season (2005) gained worldwide acclaim, with him twice earning player of the month and eventually capturing the ultimate individual prize – the Man of Steel. He scored 46 tries in 63 games for the club and despite only serving 2 years in England, is seen as a Super League great.

Lyon was part of a truly wonderful Rugby League outfit – arguably the greatest team to grace the Red Vee! In terms of club success during his tenure, St Helens won the 2 League Leaders shields, a Super League Trophy and a Challenge Cup. Despite his departure at the end of the treble winning 2006 season, the club went on to win the 2007 World Club Challenge – a place which was earnt by plenty of Lyon brilliance the season previous.

The man of the moment. The man who can’t stop scoring. The man we can’t get enough of! Barba stands as potentially the biggest marquee signing the club has ever made, especially within the Super League era. The hype train that took off upon the announcement of his capture in 2017 was unparalleled – with many debating whether he would actually be able to meet such high expectations.

I think it’s safe to say he’s done a little more that! With an impressive 18 tries in just 21 appearances, Barba is gradually engraving his name in St Helens folklore, a step, a tackle and a try at a time. The team this year, even without the quality Ben Barba, is a force to be reckoned with. It may be too early to celebrate, as nothing is won at this stage of the year. But it is perfectly acceptable to be ecstatic with the entertaining product on the field, especially given the un-ignorable contrast between this year and the last. Will he be the star player to help direct some silverware back to the Totally Wicked Stadium? I think he could be.

Well there you have it. These players are just three of a long list of great Australian talent to grace our shores. However, I think it would be wrong not to mention possibly the greatest import of them all, and this man is not a player. That’s right, the mastermind behind all that is good for Saints at the moment, Justin Holbrook. It goes without saying just how valuable he is to the club. He has turned our entire product on its head, creating exceptional rugby – all the while fielding almost the exact same team his predecessor did (Barba being the exception). Players many fans wrote off have made spell bounding comebacks and are earning the right to be applauded by fans, which for me is all down to the work Holbrook has put in with them.

Do you agree? Any other suggestions? Please, enter the discussions on the RedVee.net forums and social media handles, have your say!