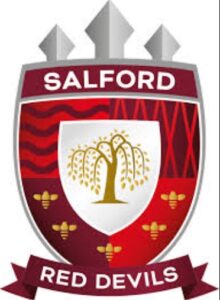 The back-to-back Champions, Saints, get their season underway this Friday against the Salford Red Devils, the same opening day opponents as the 2020 season. Things have changed dramatically since then though, as Saints welcomed fans that day in a very good 48-8 opening day display. Fans won’t be in attendance on Friday, and it is now over year since fans have been able to attend a live rugby league game (Castleford away being the last in March 2020). That will continue until at least May 17th as per the government guidelines so we have a little while to wait yet before we can watch the Champions live again.

Before I talk about our opponents and our chances for the upcoming season, it would be remiss of me not to mention last year’s Grand Final. I don’t think there’s any doubt whatsoever that it was the greatest Grand Final of all time. It had absolutely everything that you would want in a game of Rugby League – intensity, unbelievable commitment, great defence and most importantly drama. I think I went through every single emotion during those 80 minutes and apart from the ending, there wasn’t a part of it I enjoyed or felt comfortable watching. When you watch a game like that, it beggar’s belief that Rugby League isn’t a bigger sport than it is. The athletes deserve a lot more from the administrators of this game, because that game marketed itself.

The 1st half we dominated the territory and possession, but our lack of cutting edge and guile on the Wigan line along with an excellent defensive effort from Wigan, meant we held just a 2 point advantage as Coote kicked a penalty on the hooter of an incredibly draining but intense 40 minutes. We seemed to do everything right until we got to Wigan’s twenty and then just lacked the ideas and execution to put Wigan to bed.

The 2nd half was a little more even and when Wigan edged over on 66 minutes through a Jake Bibby try, it looked like the game was slipping from us and even more so at 4-4 when Wigan had a penalty near the half-way line in the 78th minute to win the game. Thankfully, Hardaker missed the chance to win Wigan the game as his conversion drifted wide, but what followed was the most dramatic minute in Super League history. Saints brilliantly forced their way into Wigans half, Makinson’s drop goal attempt from 40 metres crashed off the post, bounced awkwardly in the field of play into the in-goal error, Wigan full back Bevan French dallied and Jack Welsby chased the kick to score in the last second to win the Grand Final in remarkable fashion.

When watching games at home, I don’t usually get too excited as it just doesn’t feel the same as being there but I completely lost it when Welsby scored and ended up jumping around the house in celebration. It will eclipse the Wide to West moment due to the importance of the game and also who it was against aswell. The never say die attitude is why we are back-to-back Champions and why many are predicting us to win it for a 3rd successive year in October.

After very little recruitment for the 2020 season, it was inevitable we would bring in several faces for the 2021 season and overall you’d have to be content with the players we’ve brought in. Our backline is pretty settled for another season with competition coming from the likes of Welsby, Dodd and Simm, who all featured in 2020 and will play more in 2021. It was the forwards that needed some attention as an ageing pack needed some surgery with players retiring and wanting new challenges. The average age of the pack has come down with Paasi, Norman and Mata’utia all under the age of 30 with Thompson being younger than the player he was replacing. The balance appears to be better this season and hopefully that will improve our performances. One thing we lost when Walmsley left the field was impact, so hopefully Paasi and Mata’utia can bring us that this year.

The one concern I had last year was our attack. The Grand Final perfectly encapsulated the Saints team. Our forwards were strong, our defence was strong but our attack lacked a little bit of guile to take advantage of the dominance we had. Woolf has alluded to the pre-season being more focussed on the attack and hopefully we will see some improvements this year. Welsby and Dodd need to put some real competition on the halves this year and Fages needs to step up his game to retain his place. You’d imagine Lomax and Coote will once again be crucial to us this year but there is an opportunity with Fages not being as dominant in the halves as you’d like him to be. James Roby is also not getting any younger and this could be his final season. It is important that Aaron Smith and Josh Eaves step up and try to force their way in. At this stage, neither of them appear ready to take over from James Roby, but now is the time to knock on the door and try to claim the spot or at least provide some competition to the spot.

Whilst other teams have strengthened this year and it will be very tough to win the title again, Saints should be strongly motivated to do something a Saints side has never done before – become Champions for a 3rd successive season.

Salford once again have a much changed squad in 2021. The biggest loss is arguably their coach, Ian Watson, who has joined the Huddersfield Giants and Richard Marshall has moved in as their new head coach. Watson did a fantastic job, overachieving during his spell there taking Salford to a Grand Final and Challenge Cup final in the last two seasons. Marshall has a tough job on his hands to replicate that but having learned from Holbrook and Woolf in the last few seasons, he will feel he is ready for the task.

Several players have left the club including Niall Evalds, Gil Dudson and Luke Yates but they have signed well bringing in the likes of Morgan Escare and Joe Burgess both from Wigan and Elijah Taylor from the NRL.

By all accounts they were impressive against Wigan in their pre-season match a few weeks ago, but it’s difficult to know what to take out of pre-season games as teams rotate and use it to try new things and see where they are at with their fitness.

This will be a tough test for Saints. Marshall knows everything you need to know about Saints, having been at the club for the last couple of seasons and will be determined to get one over on his old club.

Saints will be without Morgan Knowles for the opening game of the season and is he likely to be out for a number of weeks following a slight complication to thumb surgery, according to the Saints website. Knowles is the only injury casualty as three of Saints new signings are set to make their debuts and Mark Percival is back in the side after missing the majority of last season with a shoulder and then hamstring injury, respectively.

The current forecast isn’t great with heavy rain expected throughout the day, although this is expected to dry up by 6pm when the game kicks off. As the season is kicking off later than usual this will allow for a warmer day with temperatures expected around 10 degrees. This could ensure we get more open games earlier in the season, which is probably a good thing.

The Saints have a great record against Salford having won 8 out of the last 9. The last defeat prior to then came in 2017 as Salford triumphed 22-14 at the AJ Bell Stadium, during the Cunningham coached era. The only defeat during the last nine was the last encounter when Saints fielded a near reserve team as Salford sneaked a win a few minutes from the end in a closely fought 12-10 encounter. The Saints youngsters gave a great account of themselves that day and were unlucky not to close it out with a victory.

It’s always difficult to predict an opening game of the season as you’ve no previous games to really go off. Preseason friendlies give little away and with the number of changes at both sides, you can’t really go off last season’s form either. Saints will be favourites and hopefully we will perform similar to the way we started post lockdown. The pack once again will be key for Saints and you’d imagine this will be the area where Saints will dominate and ultimately get a foothold in the game. I’m going to go for Saints by 18.