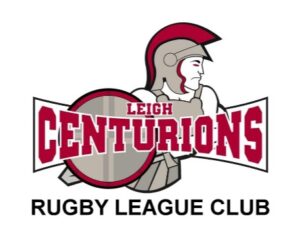 The Saints continue their unbeaten start to the 2021 season following their 18-10 victory against Huddersfield at the John Smiths Stadium last week. Saints got off to a flying start as Jack Welsby caught a high kick and offloaded to Theo Fages to score after 4 minutes. The Saints dominated the 1st half and led 12-0 at the break as Mark Percival doubled the lead with a well-executed play, but it should’ve been more than a 12-point lead given the dominance we had.

Once again, we controlled the territory and had most of the ball, but we didn’t really do an awful lot with it. Our attack was again misfiring – as it has been all season so far – and you have got to wonder when that will click into the gear. Lachlan Coote is still finding his feet following his return from injury and with other injuries, we have moved combinations about a bit, but given our dominance in games so far, I would’ve expected more points on the board than we have seen so far, especially given we’ve had a relatively easy start to the season, facing sides near the bottom of the table.

There is plenty of improvement in our attack and there is an element of ‘play off’ style rugby where we keep it tight, kick deep and try to force errors from the opposition, which will benefit us in the bigger games down the line. It is a hard watch at times though and I do find myself bored watching us for large parts of games at the moment. This week is a good opportunity for Saints to show some improvements in attack as we face the side struggling at the bottom of the table and leaking points for fun in the Leigh Centurions.

It’s worth pointing out though that most teams around us have been dropping points apart from Wigan. Warrington have drawn and lost already this season, Hull FC drew with Warrington and struggled against Wakefield – an opponent which we beat with ease – and Castleford have also lost this season, so to keep notching up the wins is all that matters at this stage, so hopefully we will see some gradual improvements in attack as we go along.

Our defence once again was really strong for the most part though. The two tries we conceded were both down our left channel and those aspects are fixable as they were simply bad reads in defence which can happen from time to time. Neither were defensive structure issues which should give us no real cause for concern. Our defence will be tested more as the weeks go by, but as last season proved, our intensity steps up depending on who we play, so we can feel confident with where we are defensively.

Newly promoted Leigh have yet to win a game this season and put in arguably their worst performance of the season so far last week as they went down 34-8 against fellow strugglers Salford Red Devils. Coach Duffy questioned their side’s mentality and suggested they ‘gave up’ when they went behind in the 2nd half. Not great words for the side and you’d hope for their sake they react better going forward, otherwise they are destined for relegation.

I’ve not seen a huge amount of Leigh this season, but I did catch them against Wigan and Warrington, which were both contrasting performances. They were excellent against Wigan on the opening day and were unlucky not to come away with the victory, eventually losing narrowly 20-18. They were comprehensively outplayed against Warrington 44-12 the week after though and they’ve been pretty poor since then by all accounts.

It doesn’t get any easier for them this week and they will be dreading playing Saints this week, following last week’s performance. The question is can they respond and put in a good performance or will they once again collapse and suffer a heavy defeat? They need to start performing better soon to stand any chance of surviving this season.

Tommy Makinson has been named in the 21 man squad, but Woolf has said if there is any doubt then he won’t play this week and will return next week. If that’s the case, you would expect the backline to remain the same as last week with Naiqama on the wing with Welsby and Percival in the Centres. If Makinson does play, there will be a bit of a selection headache somewhere with Percival fit again and the question will be where does Jack Welsby fit in especially given the success of Lewis Dodd from the bench in his last few spells?

The bad news is that Matty Lees has been ruled out for 10-11 weeks (July return) following surgery on his ankle recently and Joel Thompson has picked up a foot injury so also missed out this week. In better news it has also been confirmed that Morgan Knowles is back in training following thumb surgery, but he isn’t expected to play for another few weeks yet as he regains full fitness, so don’t expect to see him until the middle / end of May.

The Saints have a good record against Leigh in general, but we did lose our only encounter at the Leigh Sports Village back in 2017 during the Cunningham era. It was the beginning of the end for Cunningham’s reign as coach, as we went on a poor run of games and he was eventually relieved of his duties prior to Good Friday.

Saints won their last match comfortably 28-6 at the TWS with Ryan Morgan, Mark Percival, Regan Grace, Theo Fages and Alex Walmsley all scoring for Saints in a fairly one sided affair.

Saints will be confident of picking up another win and continuing their run this week against an out of form Leigh side. Our defence will once again be key, but there’s no doubt there needs to be improvement in attack. Leigh will need to improve across the board if they are to compete and maybe being back home will give them a lift? I fancy Saints to win comfortably though in the end as we wear Leigh down in the middle. Saints by 24.