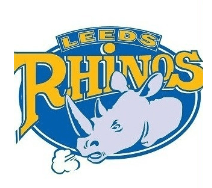 The 1st nilling of the season was recorded at the TWS last Thursday as Saints triumphed 25-0 in a fairly one-sided affair against Hull KR, which Saints dominated from the start. Saints scored two quick fire tries in the opening ten minutes through Regan Grace and Jack Welsby, following excellent work from Jonny Lomax and Theo Fages respectively, and it looked like Saints were going to go on and rack up a cricket score.

To Hull KR’s credit they did eventually get a foothold in the game, as they started to have some possession and make a contest of it, but it was all but over after 10 minutes as Saints never looked like giving Hull KR anything, thanks to a fantastic defensive effort. In our last four Super League matches we have conceded a combined 12 points (2, 4, 6, 0) which is incredible given two of those games were a Semi Final and Grand Final, an average of just 3 points a game (less than try per game).

Our defence once again appears to be basis of our game – which is no bad thing – and it certainly puts less pressure on our attack to score points when you are restricting your opponents to no tries or just one try per game. Some are suggesting this is the best Saints defensive team of all time and based on last season and the start to this season, you’d have a valid argument. What I particularly like about this Saints team is the resilience and toughness when defending. We no longer appear to be a soft touch, we regularly get 3 or 4 men into the tackle and we hit solidly putting a lot of energy into grinding the opposition down – especially in the middle of the field – and pinning our opponents in their own half. Of course, we will face better teams throughout the season and our defence will be tested a lot more, but the early signs point to a toughness in defence which will be difficult to break down.

Our attack isn’t quite firing yet and despite winning the opening game by 23 points and the 2nd game by 25 points, there’s no doubt we could’ve scored more and tested our opponents more at times. There are some mitigating circumstances in that we have a few key players missing in the likes of Coote, Percival and Knowles, who play a key role in our attacking shape and with the lack of trial games, the players are still finding their feet a little bit too. But there’s no doubt this team isn’t as attractive to watch as the Holbrook team. There is definitely a shift in focus to being more functional, safety first and defensive orientated side rather than shifting the ball from anywhere on the field and taking risks in attack. This may bite us in some games later down the line, and it may frustrate some along the way even when we win comfortably like on Friday, but if Woolf wins a Super League and Cup double, I doubt he or many others will care.

There were some good performances again from Saints, as the new boys Thompson and Mata’utia put in solid performances making 82 and 72 metres respectively along with 24 and 21 tackles. Both of those offer something different with Thompson being the more solid and reliable player and Mata’utia having a bit more impact in his game. Five players made over 100 metres – Makinson 123, Lomax 114, Amor 107, Welsby 105 and LMS 104 – a very good contribution from our bench props in particular. James Bentley topped the tackle count again with an impressive 46 tackles, with Roby not far behind on 38. I reckon James Bentley dreams of tackling people in his sleep, wakes up in a morning and asks himself how many people he can tackle in training today and then goes to bed thinking of tackling. He is a tackling machine.

Saints take on the Challenge Cup holders Leeds Rhinos at the TWS in the 3rd round of the Challenge Cup this weekend in the standout tie of the round. The Saints once again were given the toughest draw of the round following our last cup draw against Warrington last year, but it is a draw the players will relish. Leeds have been a thorn in our side when it comes to big games over the years, but the Saints will be favourites going into this one. Our defence will probably be tested more than it was in the opening two games and is arguably a step up from those two games so it will be interesting to see how we cope.

Leeds started the season with a closely fought 28-22 victory over the Wakefield Trinity Wildcats but lost their last game 18-10 against an in form Castleford Tigers in round two of Super League. Leeds will be without eight first teamers this weekend, with Konrad Hurrell, Ash Handley, Jack Walker, Robert Lui, Harry Newman, Tom Holroyd, Callum McLelland & Richie Myler all ruled out. Luke Gale has been named in Leeds squad but is rumoured to be out for a few weeks, whilst Kyle Eastmond hasn’t made the squad but there are rumours he could be drafted in for Luke Gale. We shall see on that one. They do have some good young players though and in particular Jack Broadbent looks to be a bright prospect, he was a player I was impressed with last week.

Having only caught glimpses of Leeds in the opening two rounds, they appear to have been hit and miss so far. They play some entertaining rugby and can cause teams problems, but defensively they have looked vulnerable conceding 40 points in their two games. That appears to be a follow on of last season, where they scored plenty of points but were a bit weak defensively at times especially against teams with bigger packs. Given their injury situation though, losing narrowly to Castleford isn’t a disaster and once they get bodies back on the park, you’d imagine they will improve and will push up towards the top 4 or 5 places.

They are certainly not a team to be taken lightly though despite a few injuries, and going into this as underdogs but as current cup holders will motivate them and it gives them something to hold onto. They will want to defend their Cup and anything can happen in a knock out tie, so Saints will need to be at their best and find some attacking form to cause Leeds’ defence problems.

Saints will welcome back Agnatius Paasi and Lachlan Coote this week and Woolf is also confident Mark Percival will be back in contention having missed round two, but will make a call later in the week. Aaron Smith and Morgan Knowles will again miss out for Saints this week.

The current forecast is OK for Saturday as it is expected to stay dry with temperatures ranging around the 7 or 8 degrees mark. There is a small chance of rain, but it is likely to stay dry which could ensure an entertaining tie.

Our recent record against Leeds is excellent having won all of the last 6 games between the sides, including a 48-0 win at Headingley and a 40-8 win at the TWS last season. You have to go back to 2018 for our last defeat against Leeds, a 28-20 defeat at the TWS, Saints’ 1st defeat of the season at the time.

The last time Saints and Leeds met in the Challenge Cup was back in the 2015 Semi Final, which Leeds dominated at the HJ Stadium in a 24-14 scoreline which flattered the Saints in the end. Leeds went on to win the treble that season.

Anything can happen in a cup game, but Saints will be big favourites given we are at home and considering both sides current injuries. Defence will once again be the key for Saints and I imagine our forwards and strength in the backline will be too much for Leeds in the end. Saints by 18.