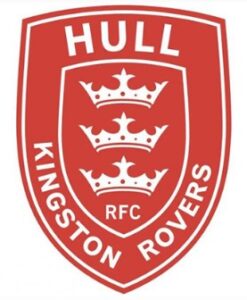 The Saints hit a very familiar top spot in Super League following their opening round 29-6 victory over Salford in what was a fairly comfortable win. It wasn’t Saints at any point, especially in attack where we stuttered through large parts of the game, but the game never looked in doubt as Saints led throughout.

Saints scored the early try after 2 minutes through Tommy Makinson following a Theo Fages kick to the corner and we never looked back from there. It took Saints more than half an hour to get another try though as Regan Grace increased their advantage after a disallowed try earlier in the game. Salford did come back into the game through an Inu try early in the 2nd half but Percival, Naiqama and Walmsley finished off the scoring to give a Saints a comfortable win.

Once again, our defence was the highlight as we conceded just 6 points and we looked strong in this area throughout. Salford very rarely threatened our line and when they did, we thwarted pretty much every attempt they had which is credit to the players desire and resilience.

Our attack and discipline were more of a concern though and without Lachlan Coote we look a bit one dimensional and reliant on Jonny Lomax. Lomax had a decent game and created a few good chances, but Salford marshalled our attack pretty well and it was kicks and brute force that got the points for us in the end. Fages was solid but doesn’t really have the vision to open defences up with his passing or running game and Welsby looked a bit lost at times.

I’m not really sure where Welsby’s future position will be at Saints, but one thing is for sure, the standard of our attack drops massively without Coote. He is the organiser, the best kicker we have and has the vision and timing to create problems on the edge with his passing ability. We lacked that in game one, so it’ll be good to have him back this week.

Another area I thought we were poor, was our discipline. We gave away several silly set restarts and frustrating penalties throughout the game. Whilst our aggression in defence is admirable and a good reason as to why we dominate teams, we sometimes go overboard and give away needless penalties. This needs to improve as the weeks go on as better attacking sides will punish us if given field position like that.

For a 1st game though it wasn’t a bad performance and given how tight the other games were, you’ve got to be happy with the result and margin of victory.

There were some good individual performances though with Roby and Bentley topping the tackle count with 42 each and Matty Lees just behind them with 37. Welsby (140), Lomax (134), Walmsley (131), Roby (127) and Amor (115) all made over 100 metres with good contributions.

In other news this week, Saints were drawn against the current holder Leeds Rhinos in the 3rd round of the Challenge Cup and this game will be live on the BBC on Saturday 10th April at 2.30pm. It’s the eye-catching draw of the round and will see Kyle Eastmond returning to Saints as a Leeds player (if selected) along with assistant coach Sean Long.

It was a strange game for Hull KR in game one. They were outplayed for large parts of the game and found themselves 28-4 down, but brilliantly fought back to take the game to golden point, which they eventually lost 29-28.

Some of their tries were excellent and they’re a team that can cause anyone problems on their day due to the unconventional way they play. We saw last season how they caused us problems and this year they are arguably a much stronger outfit with the likes of Ryan Hall, Albert Vete and Korbin Sims in their side.

Saints will be favourites, but we will need to play better than we did last week to win this one. Hull KR whilst being defensively a bit vulnerable, will ask us a lot of questions in defence so we cant afford to give them unnecessary field position due to poor discipline.

Saints will be without Mark Percival (hamstring), Agnatius Paasi (concussion) and Morgan Knowles (thumb) for this one although Woolf is hopeful that both Paasi and Percival will be back next week for the cup tie against Leeds. Coote is set to return to the side and will go back into the full back spot and it is likely Welsby will therefore deputise in the Centre spot vacated by the injured Percival. Batchelor or Wingfield will take the last bench spot in the place of Paasi.

The current forecast isn’t great with heavy rain expected throughout the day, although this is expected to dry up by 6pm when the game kicks off. As the season is kicking off later than usual this will allow for a warmer day with temperatures expected around 10 degrees. This could ensure we get more open games earlier in the season, which is probably a good thing.

We have an excellent record against Hull KR having won the last 6 and you have to go back to 2015 for our last defeat against Hull KR when we lost 24-22 in East Hull. The last encounter was a real tough one for Saints as we relied on a golden point drop goal to defeat an unpredictable KR side.

They’ve always been a bit of a bogey side for us in the past especially away from home, but this game even though it is classed as an away game will be hosted at the Totally Wicked Stadium, not that it makes a huge difference with no fans.

Saints will need to improve our discipline and attack this week and I believe our defence will be tested more than it was against Salford. Losing Percival and Paasi is a blow to our attack and go forward but the return of Coote is a huge boost. I believe we will be too strong, but it will be a tougher game than some people think. Saints by 16.