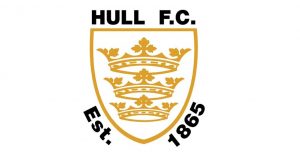 The Saints suffered their 1st loss of the season as they went down to a 20-16 defeat in the South of France against the Catalans Dragons. It was a very frustrating game and performance for the Saints and one they will look back on and think they should’ve won given the chances we created. We started the game brightly and almost scored after 7 minutes as Kevin Naiqama touched down in the corner only for his foot to be in touch just before he was grounding the ball. We had a few more chances after that but failed to score and it came back to bite us as James Maloney scored after a controversial penalty given against Kevin Naiqama for an incorrect play the ball.

We were pretty awful for periods of the game though, with the key period being the 1st 15-20 minutes of the 2nd half. It was that period we conceded two tries and fell behind 20-6, to which we didn’t recover. Some of our defending, our discipline and ball control was abysmal during this stage of the game and it was here where we lost the game in the end.

Our attack once again misfired and apart from Mark Percival, we didn’t seem to offer much threat during the game. Lomax was well marshalled and Fages and Coote just didn’t do enough to offset that. Coote’s form is a little concerning, but given he had very little pre-season, it is understandable it is taking him a bit of time to find his form. Fages kicking game in particular was dreadful and whilst he takes it to the line nicely, the predictability of his play makes it easy for the opposition to play against him. We did seem to improve once Dodd was introduced into the game as we had a bit more pace and zip around the ruck, although hooker isn’t Dodd’s position. I’d like to see Dodd go in at 7 at some stage and Fages at hooker to see if that helps liven our attack up a bit as we look predictable at the moment.

The form of Roby is also a factor at the moment. He needs to play less minutes at this stage of his career in my opinion. We have Smith, Eaves, Fages / Dodd and even Morgan Knowles as alternative options, so there is simply no need to flog Roby for long minutes every week. Play him for 40 minutes a game (unless it is a really big game or we need his leadership to steer us through the last 10 minutes of a game for example) and let him run more often from dummy half and influence games like we know he can. Whilst his defence is outstanding as usual his influence is really waning with the ball this season. 9 metres made to back up the 34 metres made against Salford, shows how little he is running from dummy half at the moment and how little influence he is having in attack, yet every single week he is in the top 3 of our tackle count, making a ridiculous volume of tackles. It is a waste of his talents to let him be a tackler at this stage of his career.

This was no doubt a struggle of a game for Saints and this was reflected in the stats. None of our forwards made over 100m with Amor hitting 98 and Paasi 96. The only two players to hit over 100m were Coote with 159 and Percival with 134. The fitness of Alex Walmsley was clearly a factor in our yardage as he started from the bench and featured less than usual, but he mustered up a respectable 86 metres. Some of the other forwards offered very little with the ball – Thompson 31 metres, Roby 9 metres, Knowles 35 metres, Batchelor 38 metres is very poor. Thompson did top the tackle count with 40 though, Roby and Mata’utia both with 34.

Saints will need to improve this week as our run of fixtures doesn’t get any easier as we face a buoyant Hull FC side, who we also face the week after in the Challenge Cup Semi Final. Whilst it’s not a must win game this week, for our confidence a good performance is needed. We need to bounce back and show more resilience in our performance and hopefully a win will follow, giving us a psychological edge going into the Semi Final.

Hull FC look much improved this season under the guidance of new coach Brett Hodgson. I thought they dominated their quarter final clash with Wigan a few weeks back and their forwards are very tough to handle once they get on a roll. They also have a fair amount of skill in their backs with Adam Reynolds and Mark Sneyd in the halves and Jake Connor is a maverick entertainer who can be a gamebreaker on his day. One player who caught my eye against Leeds was Josh Griffin, who had a big hand in Hull’s win. His combination with ex Saints, Adam Swift, is working very well at the moment and that side of the field will be a test for us this week.

Hull currently sit 5th in the table having won 4 of their 7 games, losing 2 and drawing 1. They have been a little inconsistent, but their losses came against sides above them in the table (Wigan and Catalans) and whilst the Catalans game went away from them, they have been very competitive in all their other games so far, so this will be another tough test for Saints.

Saints will be without Regan Grace as he picked up a head injury in the south of France and due to the short turnaround will go through the head protocols and will be unavailable this week. Woolf said Grace is fine and will return for the cup game next week. Sam Royle has been named in his place in what is the only change to the squad. Josh Simm will replace Grace in the side, in what could be the only change to the 17.

It should remain dry on Friday with temperatures around the 15 degrees mark come kick off time.

The Saints have an excellent record against Hull, having won all six of our last six meetings. You have to go back to 2017 for our last defeat, when Hull defeated Saints 8-6 at the TWS in the Super 8’s. We haven’t played Hull since February 2020, so it has been over a year since we last met.

This is another huge test for Saints and it will be interesting to see what we’re made of. Woolf said we dropped below our standards last week, so it will be interesting to see how we bounce back and perform this week. Our defence will no doubt improve after a poor showing last week, but it is our attack that really needs to pick up soon. Our combinations are really struggling at the moment and we can’t afford another stuttering attacking performance. I predict a tough game, with us just about taking the points. Saints by 4.