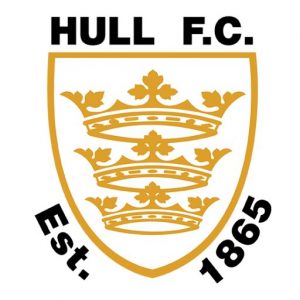 Following Saints worst performance of the season at Catalans the week before, the Saints put in their best performance at home to Hull FC in a dress rehearsal for this week’s Semi Final as they comfortably came away with the spoils in a very good 34-16 performance. The intent was absolutely clear from the start as Coote hit the ball deep from kick off tor force a drop out and a minute later, we were in in the corner as Jack Welsby scored his 1st of 3 tries, his 1st hat trick in a Saints shirt.

The Saints continued to dominate the game as the forwards punched holes down the middle, James Roby probed around the ruck and the trio of Fages, Lomax and Coote finally clicked into gear causing havoc out wide, especially down Hull’s right-hand side, where a lot of our early joy came. Further tries from Coote, Knowles and Welsby put us in command at half time as we led 22-04. Whilst we dropped off in the 2nd half, there were lots of great signs there throughout and we will need the trio of Coote, Lomax and Fages along with Roby to click into gear for us again this weekend.

I, like many others, was critical of Saints performance in Catalans. We were sloppy, wasteful, turgid at times and lacked the skill to win the game. So, it is only fair that I praise the players for their performance this week. We looked a completely different side and the ball movement, our ability to punch holes and make breaks was a joy to watch at times. That type of performance is what we expect to see and if we can continue in that vein of form, we will be very difficult to stop whoever we come up against.

We once again face Hull this week, in the more important Challenge Cup Semi Final clash at the Leigh Sports Village. I’m always a bit nervous when we play so well against a team and dominate them a week before we’re due to play them again. I just hope we don’t see any complacency and think the game is won already. We showed a really good reaction to a defeat the week before and Hull will be looking to do the same this week. Their pride will be wounded and this is a huge game to turn it around. They will be more desperate and difficult to play against so we need to raise our game again and get on top early, like we did last weekend.

There were some big performers for Saints last weekend as seven Saints hit 100m+ and a few others weren’t far behind. Walmsley 172, Thompson 156, LMS 122, Naiqama 111, Amor 108, Welsby 107 and Simm 102. Defensively Thompson topped the tackle count in an outstanding performance, his best of the year, with 37, LMS with 32 and Knowles with 30.

Hull FC have been up and down this season, and their issue of inconsistency remains. After a good start to the season they noticeably dropped off since their Quarter Final victory over Wigan, having lost to both Catalans and Saints in recent weeks. I thought they were very poor against us in the 1st half on Friday and that does concern me going into this one, as I simply don’t believe they play that badly again.

They will have a few players back this weekend and you’d imagine the likes of Connor, Reynolds and Houghton can’t play that poorly again. They do have some really good players and given their recent league form, that places a bit more importance on the cup for them.

Let’s not forget back in 2005, when Saints went into a Semi Final against Hull as red hot favourites and they turned us over comfortably in Huddersfield that day. They generally save their best performances for the Cup so this will be a very tough afternoon for Saints and the last meeting will have very little relevance to this one, apart from a slight psychological edge.

Mark Percival has been ruled out for 2-3 weeks with a minor hamstring injury, which is a huge blow to him following him slowly regaining form. It must be extremely frustrating for him that he can’t string many games together and keeps struggling with hamstring issues. This is another blow to his confidence. Whilst it doesn’t sound long term, another hamstring injury is not great for him and there could be a more underlying issue there.

In more positive news, Tommy Makinson and Regan Grace return to the squad and are expected to return to their wing spots with Jack Welsby and Kevin Naiqama moving back into the Centre spots.

The team will pretty much pick itself you imagine, the last bench spot between Lewis Dodd and Aaron Smith will possibly be the only debate as Woolf has been rotating those two throughout the season.

Conditions should be pretty hot for this one, with temperatures expected to hit 20 degrees and it will remain dry throughout the day. Controlling the ball and staying ahead could be pretty crucial, as you don’t want to be chasing the game in warm conditions.

The Saints have an excellent record against Hull, having won all six of our last six meetings. You have to go back to 2017 for our last defeat, when Hull defeated Saints 8-6 at the TWS in the Super 8’s. We defeated Hull last weekend in a comfortable victory at the TWS.

This is the biggest game of the season so far and the opportunity to play in front of a big crowd at Wembley and also get redemption for our Wembley defeat should help spur us on. The key will be containing Hull’s big pack and playing quick at the ruck. If we do that, we’ve got a good chance. I am slightly nervous about this one as I feel it’s a game Hull are targeting, but of course I will tip a Saints win in a closely contested match. Saints by 6.