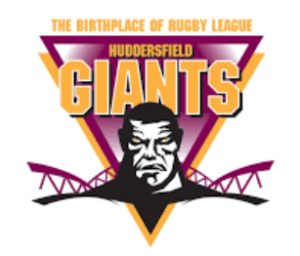 It was a tale of two halves in our league clash with Wakefield last weekend as Saints failed to score a point in the 1st half but racked up 34 in the 2nd half to record their biggest win of the season overcoming Wakefield 34-6 in a dominant display at the Totally Wicked Stadium.

It was a very strange performance all round. At half time I was pretty concerned with the level of performance we were showing. Defensively once again we were very good and kept Wakefield at bay with some good defensive efforts, but our discipline and attack were absolutely awful. We made unforced errors with the ball, rarely got the ball wide in attack and looked very one dimensional for large parts of the half. Our discipline was arguably the most concerning aspect though as we gave a number of needless penalties away, inviting Wakefield pressure. We were all over the place at times and it continued the pattern of parts of the Leeds game the week earlier. I wasn’t the only one that was concerned with the 1st half as many on social media weren’t impressed with the performance and it was inevitable that the debate about our style of play was going to come to the fore again.

Thankfully in the 2nd half, we played like a completely different team. We made less errors, gave away less penalties and we started to control the pattern of the game. Once we started to punch holes down the middle, we were then able to score some outstanding tries. The Grace and Bentley tries were try of the season contenders and it was stand in Centre Jack Welsby that had a hand in those tries. It was without doubt Welsby’s best performance in a Saints shirt so far as the young starlet improves every week. The way he went through the gap and offloaded for Grace’s try was world class and you have to wonder how he will fit into the team once Mark Percival returns from injury. He is one of our form players at the moment and his best game appear to be in that left Centre spot. Whilst Percival is a fantastic player and one you’d have to include if fully fit, Welsby also deserves a spot in the team somewhere. It’s a nice conundrum for the coach to have when the squad is fully fit I suppose and it’s a decision he’s paid to make, so rather him than me.

Its worth pointing out that Wakefield collapsed in the 2nd half in their previous two games against Wigan and Catalans also, so it wasn’t totally unexpected that they collapsed again against us too. Whether our fitness levels were much superior to theirs and as such we wore them down, may have been a factor, but we wont play Wakefield every week and therefore can’t expect to play like we did in the 1st half and come away with the two points at the end of it.

There were some really strong performance once again from Saints with Welsby (149), Bentley (146), Walmsley (111) and Naiqama (102) all making over 100m, whilst Bentley (43), Roby (33) and Thompson (31) all topped the tackle count. Thompson also made 91m in another solid display as he settles to life in that 2nd row spot replacing the departing Taia.

Huddersfield have a new look side this season and a new coach in Ian Watson, who had done a brilliant job at Salford the last few seasons. They have been billed as potential dark horses this season, so their start to the season will be seen as a surprise to some as they have yet to record their 1st win of the season in Super League. They did beat Leigh in the Challenge Cup and now face us in the Quarter Finals, but in Super League they sit pointless (or percentage less).

They have had a fairly tough start, having played against two of the form teams this season in Catalans and Hull FC but they will have been disappointed to lose their last match 25-24 against Hull KR, a game they would’ve hoped to win.

Watson probably has a tougher job than he thought, and its more of a mentality shift that the club needs more than anything and to get that it may take him time to achieve. He has got some good players to work with though in the likes of Sezer, Gaskell, Yates, Wardle and Jones so he will be confident once the side gels, they can cause problems in super league and climb up the table.

The Saints welcome back Sione Mata’utia following a head knock which he received in the Leeds cup game and Woolf has also confirmed that Mark Percival will return at Centre this week following his recent hamstring injury sustained in round one. We will still be without Matty Lees (ankle) and Morgan Knowles (thumb) who are recovering from their injuries and Tommy Makinson joins them on the sidelines with a minor foot injury.

The Saints have a good record against Huddersfield having won 5 of the last 6 games, but they did win at the Totally Wicked Stadium last season, which was the last game at the TWS with fans in attendance as they narrowly fought to a 12-10 victory just after the World Club Challenge game.

The last encounter, Saints were in top form as they put 50+ points on as Regan Grace and Lachlan Coote both bagged a brace in an impressive performance.

Saints will be looking to continue their 100% start to the season, but this is arguably our toughest league game yet. Its away from home against a good side, that will be desperate to get some points on the board to help recover their poor start to the year. Saints will need to produce a similar display to the 2nd half if they want to come away with the win, the 1st half performance wasn’t good enough and a repeat will see us behind. I fancy our defence will be too strong and therefore I predict Saints by 14.