What a year 2021 was for St Helens and followers of the double winners can re-live it all over again on a newly released DVD.

After a thrilling fight-back in the summer sunshine to claim the Betfred Challenge Cup, Kristian Woolf’s side backed that up with an emotional Grand Final win at Old Trafford, securing their third successive Betfred Super League title.

But that’s only half the story. Saints’ Women’s team were just as dominant, claiming all the major prizes on offer to them in an unprecedented season of success for the club.

The double-disc souvenir set features every minute from Wembley and Old Trafford, the jubilant celebrations afterwards, and the key moments from both women’s finals too.

It’s available now in all good retailers, but we’ve got two copies to give away and to be in with a chance of winning, just follow either of our posts on Facebook or Twitter, share and  and tell us who won the Harry Sunderland trophy as Man of the Match in the 2021 Super League Grand Final at Old Trafford? 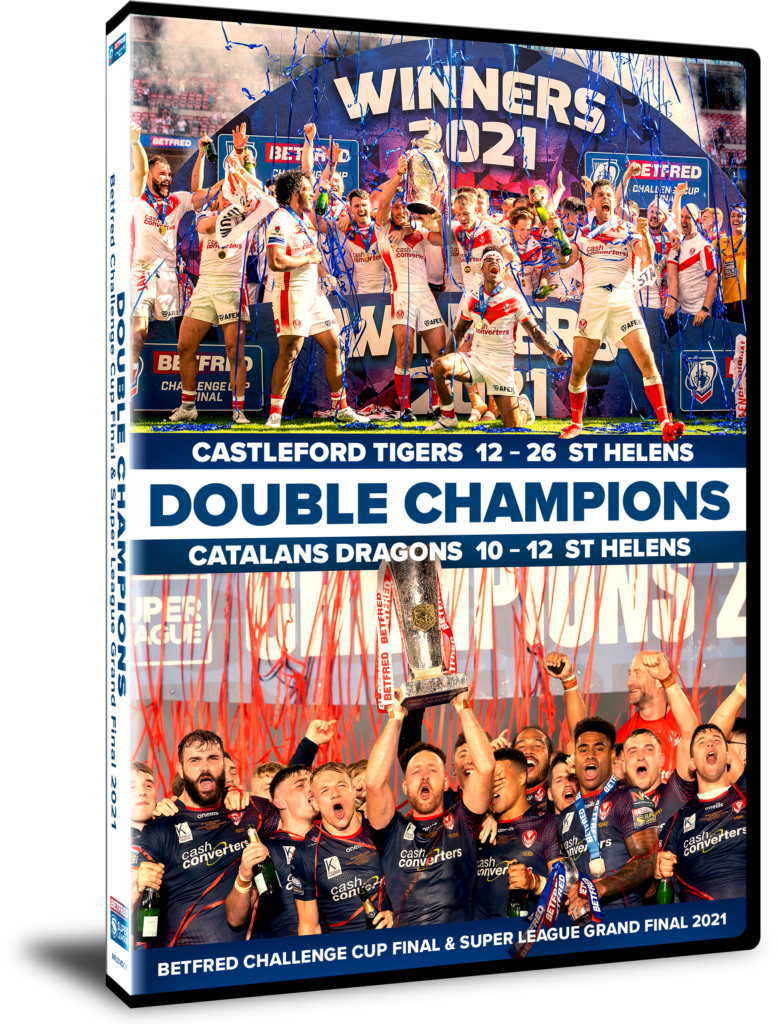