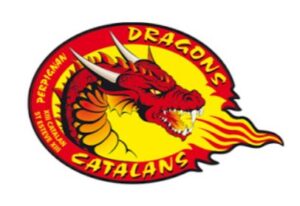 Super League and the Saints are back following a five-month hiatus and coincidentally it will be Saints that get the restart underway in the rearranged round 3 game against Catalans, having played in the last game of Rugby League back in March away at Castleford. I don’t think anyone at that point could’ve envisaged how serious Coronavirus was, the impact it would have on so many lives and the impact it would have on sport. Since March 23rd we’ve been in lockdown for several months and Rugby League has really struggled with the inactivity. It has been a real struggle for everyone and at one point there appeared to be no light at the end of the tunnel. Mentally it was draining on us all, I know I struggled at times with the lockdown period and not being able to see friends and family. Thankfully as restrictions eased we were able to start doing every day things again and the NRL & Premier League football has given us some sport to watch on TV (if you are interested in those competitions) and then finally Super League announced a return date of 2nd August behind closed doors.

It has been a really tough period for Rugby League in this country though. Players have had pay cuts, staff have been furloughed, the Championship and League one have been abandoned for the season, several sides have dropped out of the Challenge Cup with a redraw of the remaining 10 SL sides taking place and arguably the most significant story is the Toronto Wolfpack withdrawing from the remainder of the 2020 Super League season.

The timing of the announcement just two weeks before the restart of the competition was pretty poor, especially after the new fixtures had just been announced. There’s no doubt Toronto should’ve been in contact with SL / RFL earlier to inform them of their intentions and once again it looks very bad for Rugby League in this country. I do have a degree of sympathy for Toronto in some ways though. Nobody could’ve planned for a pandemic and given all of Toronto’s revenue streams have now gone as they are no longer able to play games at home, sadly it was inevitable they would be in trouble unless they were bailed out by their owners or by the RFL. As it is, the Super League season will crack on with just 11 teams and there will be 10 remaining in the Challenge Cup.

In Saints related news, we have lost the 2019 Harry Sunderland Trophy winner, Luke Thompson, who has left mid-season to sign for the Canterbury Bulldogs for an undisclosed fee and he has been replaced by an old favourite in James ‘Jammer’ Graham who returns to the Saints and Super League following a sensational career in the NRL. It’ll be interesting to see what influence Graham can have in his short period of time and despite playing in the same position as Luke Thompson, he plays the game in a very different way. Whilst Thompson was a devastating runner and big hitter in defence, Graham will bring a solid running game, a subtle passing game and leadership qualities that Thompson perhaps didn’t have. In some ways this may suit us more and providing his body is still up for the challenge, he will give every ounce of sweat and blood for the Red Vee. It’s great to have ‘Jammer’ back and I cannot wait to see him in action again for us on 2nd August. I just hope we are able to witness him live rather than on TV at some point soon.

Prior to the lockdown, the Catalans Dragons had started the season very well winning 3 of their first 4 matches having beaten Castleford, Hull FC and Salford with their only defeat coming on the opening day at home to Huddersfield. They are playing a bit of catch up in fixtures having had several games called off, therefore their squad will be tested the most during the restart as not only will they have to contend with mid-week games, they will also have to contend with a fixture pile up.

On paper, the Catalans side is capable of challenging for the top four this year. The likes of Sam Tomkins, Israel Folau and James Maloney would get into most Super League sides and they also have a big set of forwards that can cause damage up the middle. The issue with Catalans has always been consistency so it will be interesting to see if the break has helped or hindered them.

The good new for Saints is Sam Tomkins is suspended so that makes Catalans a little less dangerous than they would’ve been, but the vibes coming out of Catalans are good and they have been training slightly longer than Saints which gives them an advantage. It’s probably not the ideal starting game for Saints, an easier game would’ve been preferable, but it is what it is.

Catalans have been drawn in the 6th round of the Challenge Cup and with them having a couple of games in hand, their Super League schedule is pretty grueling as they have more mid-week games to contend with than any other side.

It’s important to consider changes to the rules (no scrums and the six again rule being the most prominent). Catalans have previously been renowned for lying on in the tackle so how they cope with the changes will determine how well they do or whether they will be on the back foot a lot.

The squads have not yet been released at the time of this publication, but Kristian Woolf has confirmed the Saints go into this match at full strength for the 1st time since 2019 with Mark Percival returning from a shoulder injury he sustained back in February. He was set for a long spell on the sidelines when he picked up the injury back in February, but the pandemic has benefitted him as he has been able to recover and rehab the injury during the break and will return to the side this Sunday. Everybody else has come through the lockdown period and the mini preseason with no injuries. The likes of James Roby, Morgan Knowles and Tommy Makinson have now had extra time to train and ‘catch up’ with the other players following injuries that ruined their pre-season, which will be hugely beneficial to us for the remainder of the season.

Conditions are expected to be dry and fairly warm at 19 degrees this Sunday, ideal for a game of rugby league.

The Saints have a mixed record against Catalans having lost 2 of our last 6 and won a couple of those games in close circumstances. The one that really stings is the Cup Semi Final defeat two years ago, where Catalans executed a really simple and well executed gameplan to beat us. During the lockdown period there was a coaching session with McNamara explaining how he beat us and the focus was to take risks in defence by rushing in hard and scrambling when necessary. He also explained how Catalans aimed to win the ruck, stop James Roby and exploit us down the middle to create space on the edge. It worked a treat and you imagine Catalans will look to adopt similar tactics on Sunday.

Jonny Lomax v James Maloney – The two half backs will be key to their sides chances this Sunday. Maloney is more of a general with an excellent kicking and organising game. Most of the play will come through Maloney as he feeds the outside backs. Lomax has been outstanding for a few years now and whilst he doesn’t have the same kicking and organising prowess, what he does have is the ability to create from nothing and to throw defence splitting passes. His combination with Lachlan Coote will be crucial to Saints chances this season.

James Roby v Micky Mcillorum – The battle of the hookers is always a big battle and these two will relish playing each other. Roby is the more talented of the two but Mcillorum always raised his game against Saints. The ex Wiganer is aggressive and sets the tone for the defence and that will be vital to Catalans if they are to compete on Sunday. Roby may not be the same player he was a few years ago, but the enforced rest will have done him some good and he will come back refreshed and looking to take advantage of the new 6 again rule.

Tough one to call this one. Catalans have been training for longer than Saints, which gives them an advantage. They won’t have a crowd to contend with and travel issues so it gives them a much stronger chance than normal. Its effectively the 1st game of the season so there’s no real form to go off. Saints are full strength though and with the return of James Graham, that will give us a huge boost going into this one. We need the points to keep in touch with those at the top otherwise it will be a long way back in a shortened season. Saints by 10.